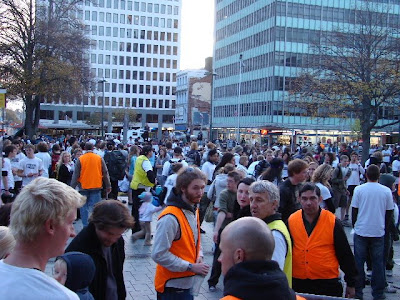 1000 kids came together on Saturday night (we had our 4 there - hehe haven't got over the novelty of being 4 yet!!) and many slept, actually stayed the night. Not much sleeping was done. It actually was very moving to see them all marching in... they were marched in in groups holding onto ropes with 'guards' and 'guns' to show what the Invisible children would do. 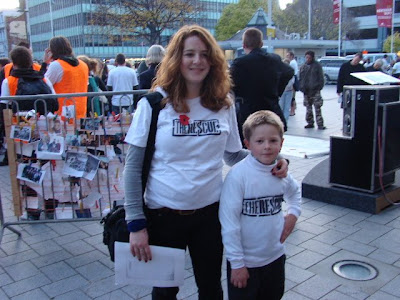 All of us had white t-shirts with "The Rescue" sprayed on them. In the back ground you can see one of the walls with photos on... the kids circled their faces to show they had been 'abducted'. There were 100 cities across the world in 10 countrys and they all did it on the 25 April, we would have been first though because of the time zones!