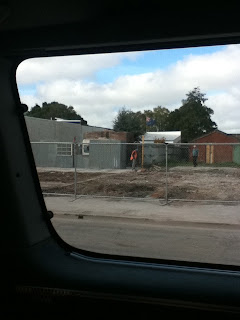 I guess if you don't live in Christchurch you could be tired of the earthquake posts, but I guess we are all processing this, so bear with me while I write one more. My teenagers went to school in town, it was their playground, it was their place. They loved it. They were in town on the 22 February and watched their town fall to bits before their eyes. James was in the Cashel Mall and Chrissy was just by the CTV building. 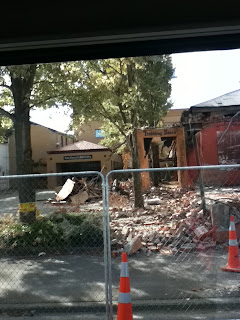 Yesterday I took them through one of the streets which is open, St Asaph Street so they can see some of the damage to their city. They took all these photos (and many many more) on their cameras. It broke my heart actually to see how upset they were. I can't fix it you know, that's the hard bit. 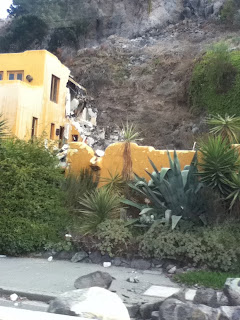 We called this Chrissy's house, she always said she would buy it when she grew up. The hillside has come down and filled the house with rubble. 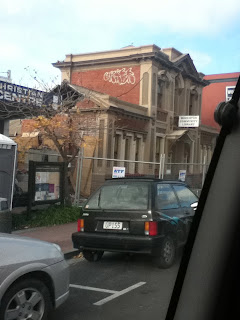 It's so hard to take it all in. The day before the earthquake I drove down Colombo Street to the Crossing Car Park and had a meeting in Southern Star House. I can't actually believe so much changed in an instant. Now Chrissy is in a more traditional school (and loving it) wearing a uniform every day and James is stuck out in the country in a building which is just so different from what they were used to. 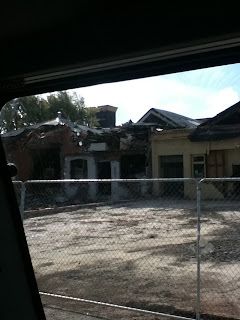 Now so much of the city is being pulled down, whole blocks are now cleared. It's unbelievable. It's crazy. It's the new normal.  Miriam has written here and Lou here, we are all working through the process really.
Posted by Deb Robertson Writes at 1:41 AM