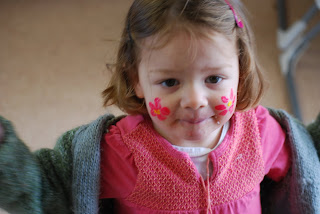 Miss Annie-Rose is really enjoying Playcentre
at the moment. We go three mornings a week
and I stay except on Fridays when I've just started leaving for an hour and a half
and do a few chores.
Playcentre is unique to New Zealand
and I can't speak highly enough of it. 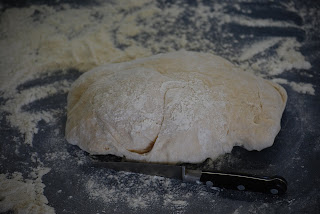 I took a lump of bread dough on Tuesday
thinking we might make bread sticks. 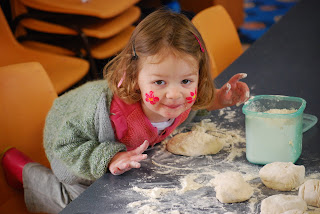 but after a morning of poking and prodding
we had a few flat pieces of bread. 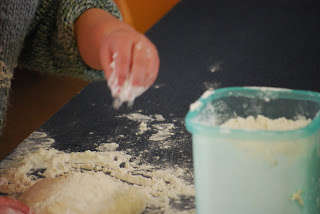 I made a very soft dough so it didn't matter when some
extra flour was added! 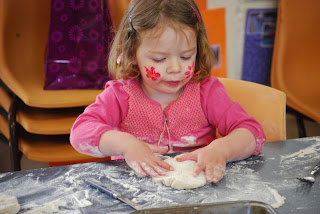 I popped down to the local supermarket and brought
a jar of pasta sauce and some ready grated cheese. 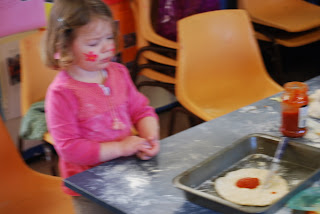 And we spent the rest of the morning making pizza.
I should have put a wee bit of salt in the dough
I don't usually but because the pizzas were so plain
it would have helped a bit. 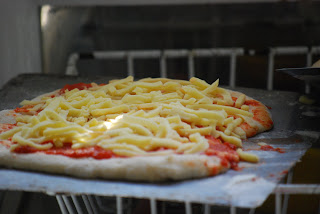 But they were delicious none the less.
Next week I'm going to precook some veges
and get the kiddies to cut them up
and make vege soup.

Extension of learning is so easy when you spend
a lot of time just being with your child!

Email ThisBlogThis!Share to TwitterShare to FacebookShare to Pinterest
Labels: playcentre