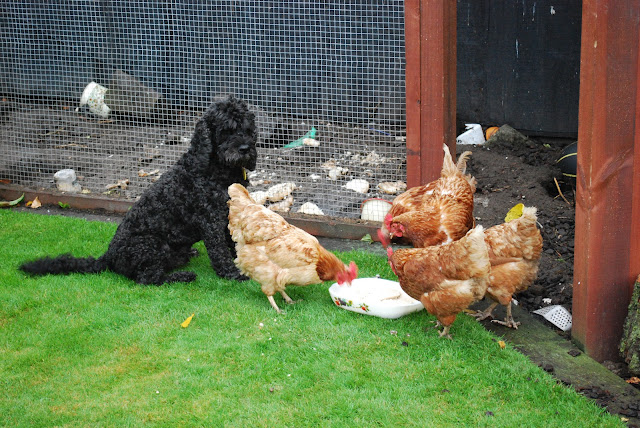 Now that it's autumn and the vege garden is over,
we've been letting the chickens out again to fossic in our garden.
Mondo is thrilled to have his girls out to play with. 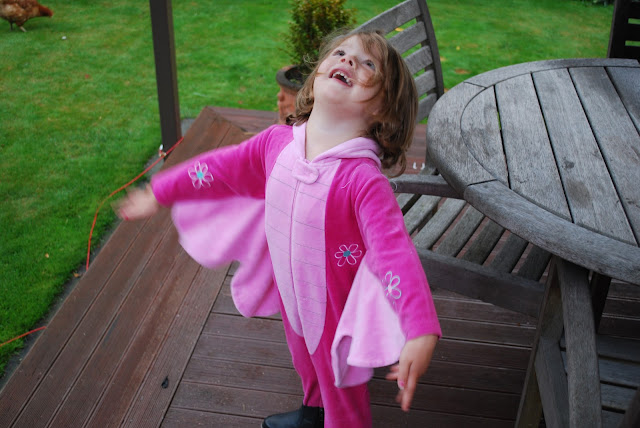 I've been thinking about how my parenting style has changed over the years
from the battery hen model to more of a free-range method.

I used to be the parent to ran the house like a military campaign,
who stressed about teaching the children their letters and colours
and worked hard at those things every day.
We had fun, but in allocated time slots
and the house was always a mess and I was always stressed. 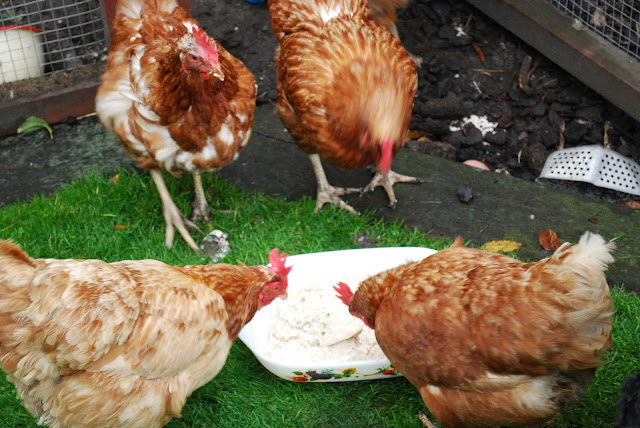 I saw a family movie recently of one of the children's birthdays
and I couldn't believe how much stuff we gave him
and it brought home to me how much we have changed as a family in the things we value.

We much more value scratching around together to see what we can come up with
rather than trying to follow the flock to be like everyone else. 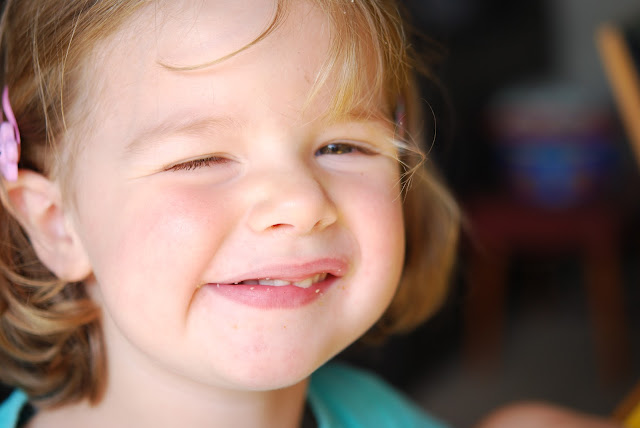 We value looking into each other's eyes and having a laugh
and just lying around hanging out together. 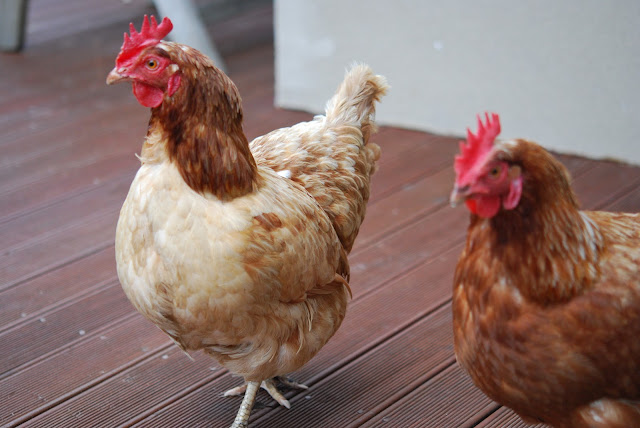 I actually have discovered that the less toys Annie has around,
the more she plays with the ones she has.

I so wish I'd known this when I was a young mum and the house was chaotic.
I thought they had to have everything accessible but actually that just meant mess
and not meaningful play. 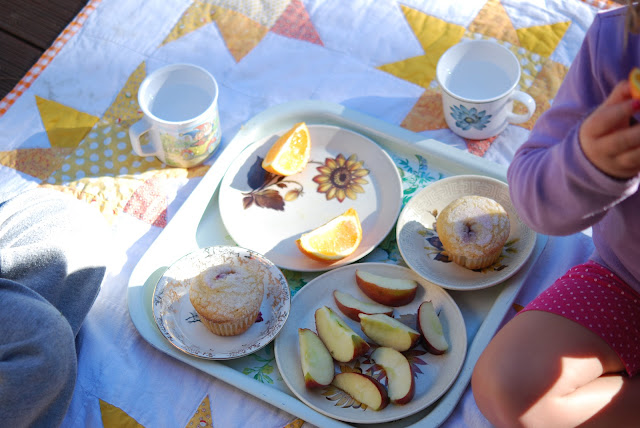 This morning Archie came over to play and I was going to do baking with the kiddies,
but actually I got to do my baking in peace because they were doing their own thing.
They took a lot of Annie's clothes out to the trampoline
and spent the morning practicing taking them on and off. 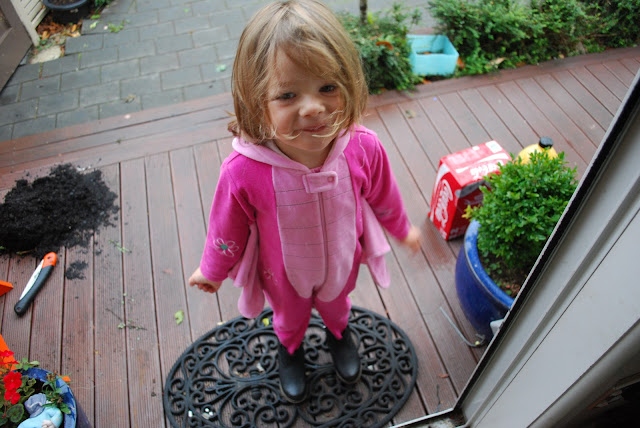 Now it's true I now have to wash them all, but who cares?
I got the baking done. And the two two-year olds got valuable practice in dressing.
Something the much younger me would never ever have countenanced.

I bet I would not have understood if someone had told the much-younger-me this,
but I'm so grateful that I have had a chance to learn it
and to try parenting this way.

I know I'll be encouraging my sister Jo when she has her baby
(yes I'm going to be an Aunty - hurray)
the less-is-more approach to play and toys and the stuff you have around.