The heart expands when it is broken [four years] 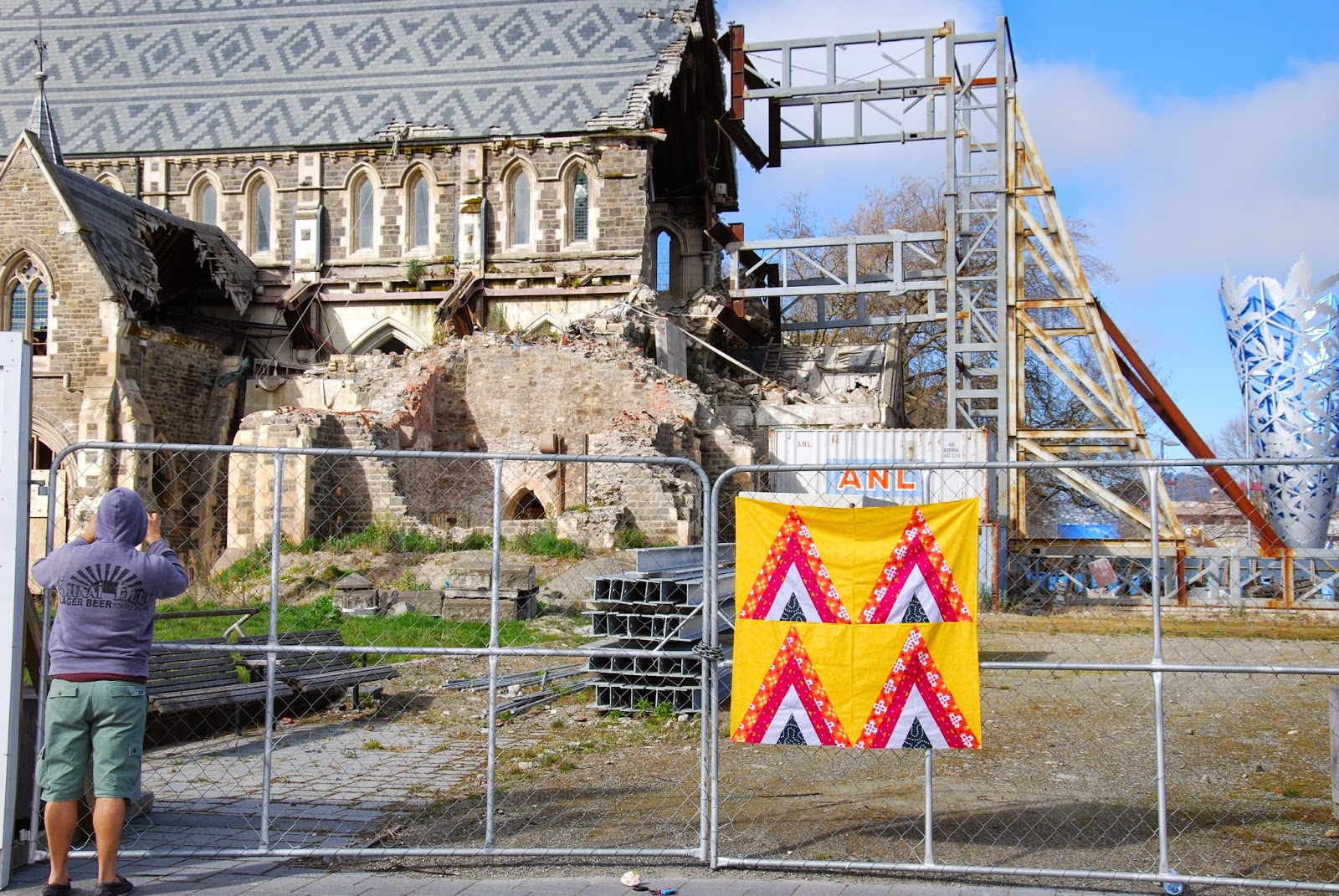 Four years ago the city where I live was hit by a 7.2 magnitude earthquake.
I remember leaping out of bed to stand in the doorway,
kicking open the door to my sons room
and screaming at him to get out of bed. 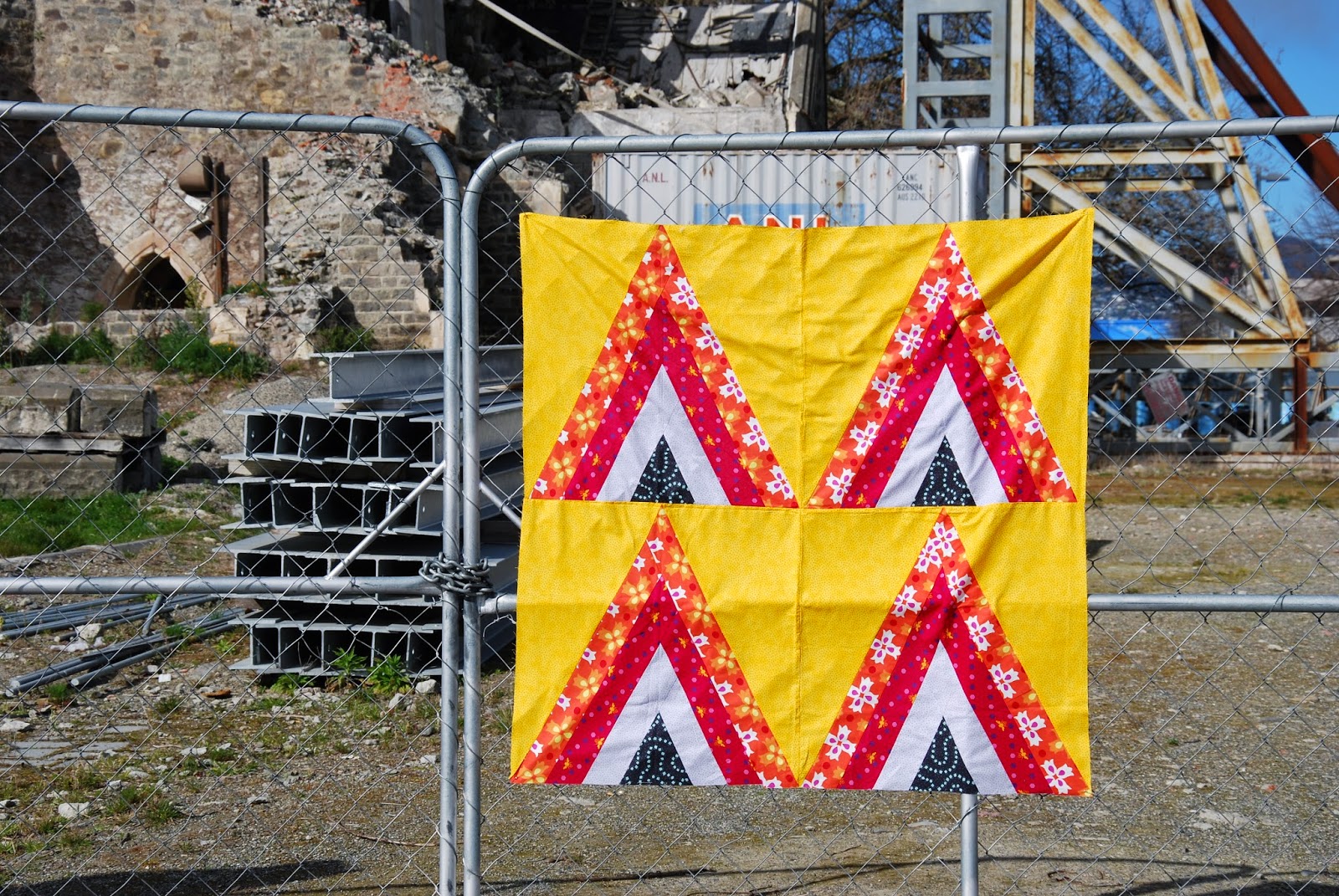 I remember that David held our baby, Annie in his arms
as the wine bottles from the rack shot across the floor;
and I remember the incredible noise of the whole house being shaken.

I have never been so frightened, before or since.
I thought we were going to die.
I thought the house was going to fall on us. 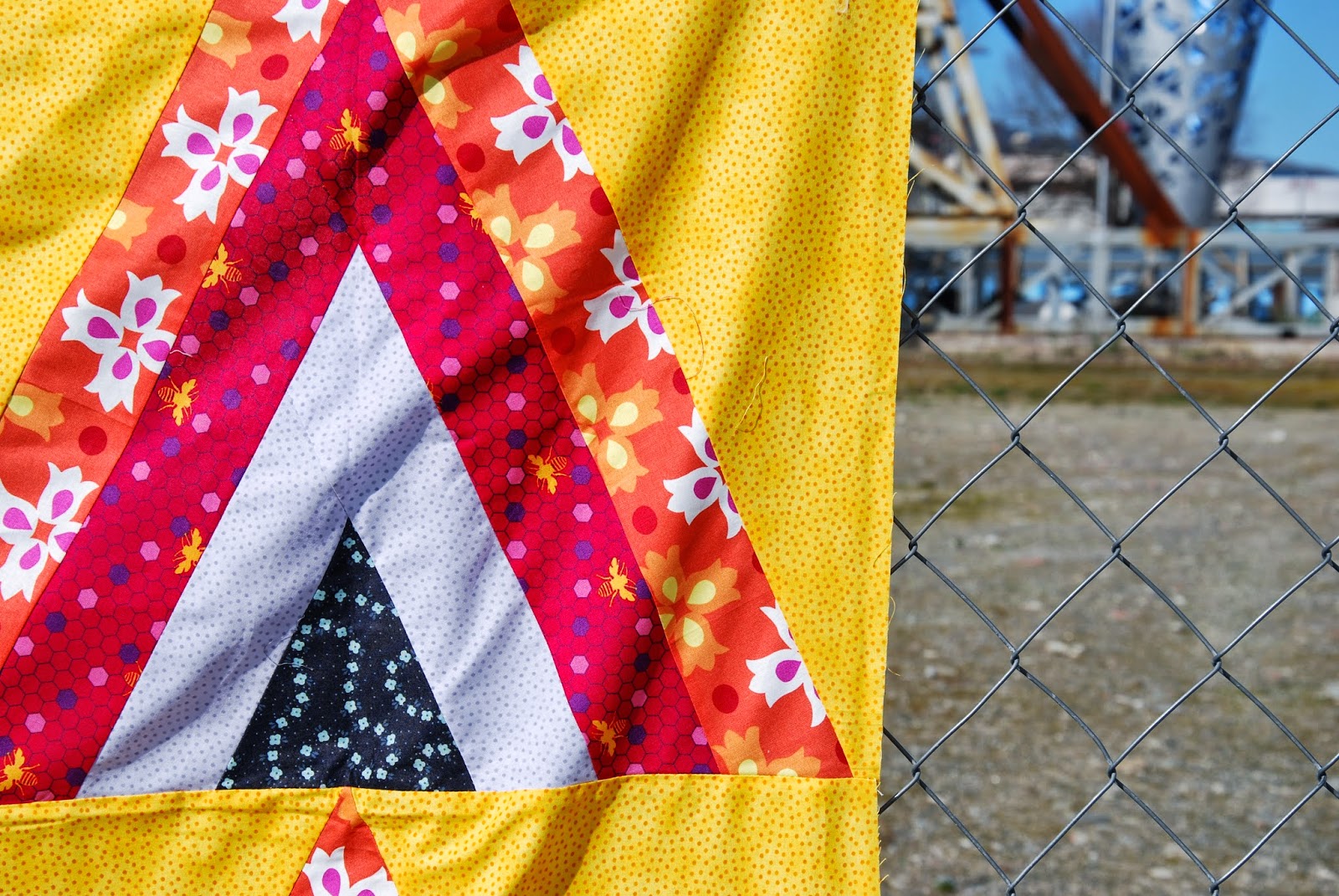 In the last four years I have learned that everybody has a breaking point,
it is just that some people get there sooner.

I have learned to respect this and to make allowances for someone
who is not coping, instead of judging them as I may have in the past.

Our son Reuben met his breaking point in the June of 2011,
and he suffers to this day as a result of this.
He lives his life courageously despite of his fears. 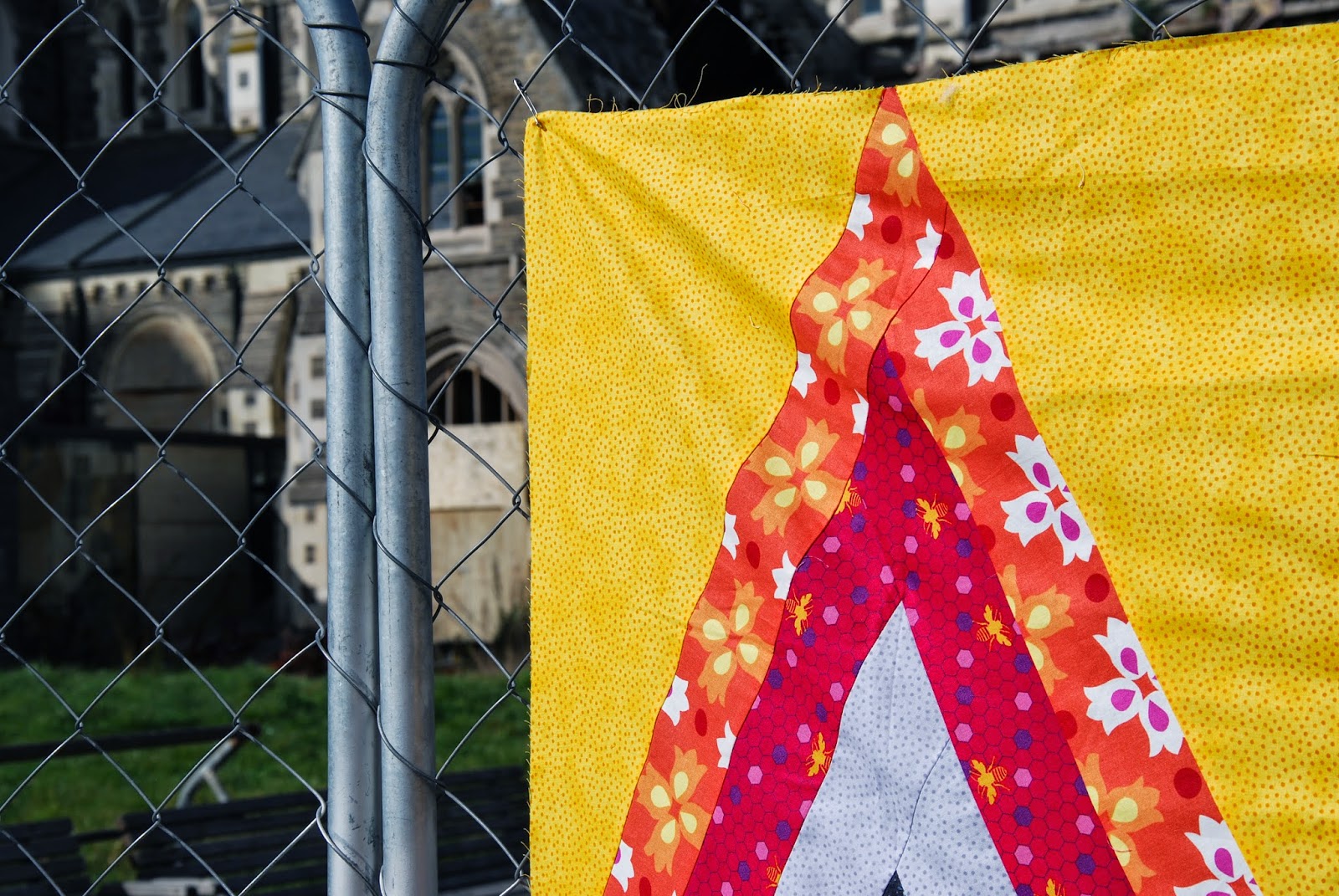 I have learned that when faced with death,
some find amazing courage within themselves,
and take control of their lives in ways they didn't before.

It is almost like facing death, gives them the courage to live. 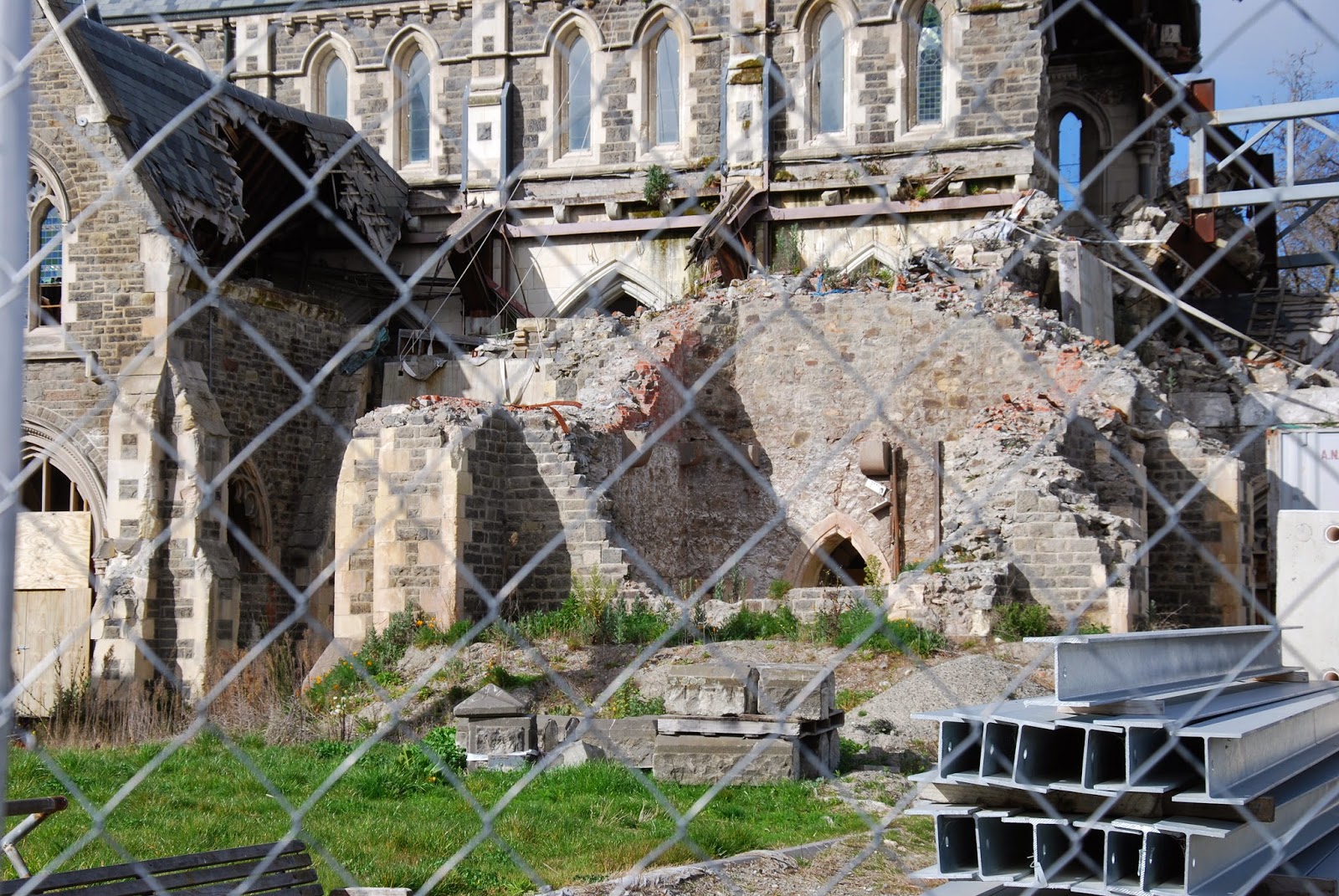 My daughter Chrissy is one of those.
As she walked home on 22 February 2011 through the ruins of the city,
she made decisions about her future life,
about what she wanted to achieve and made plans for how she was going to do that.

I could not be more proud. 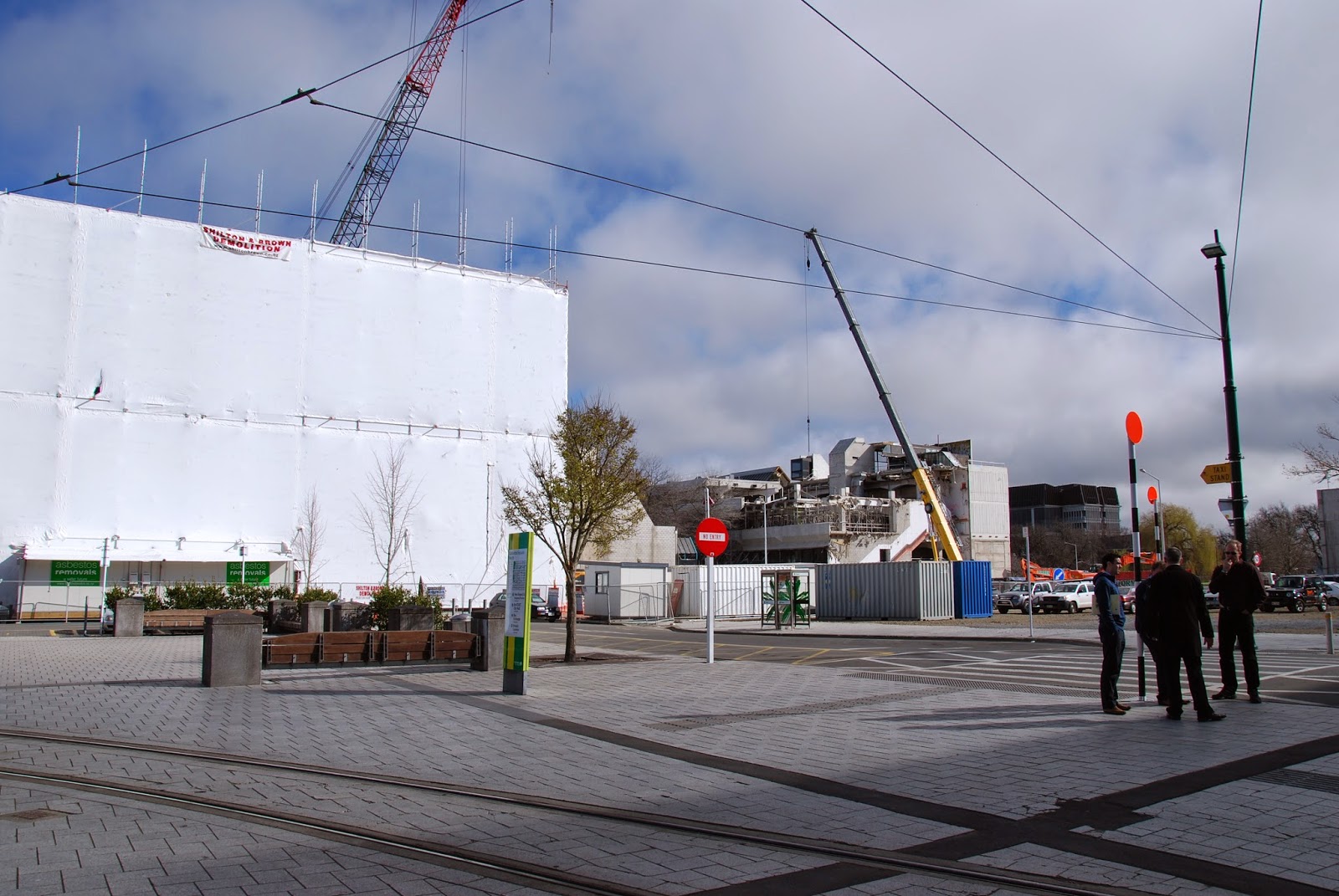 There's a lot of buildings still coming down,
like these two in this picture. The wrap on the building on the left
is to contain asbestos. 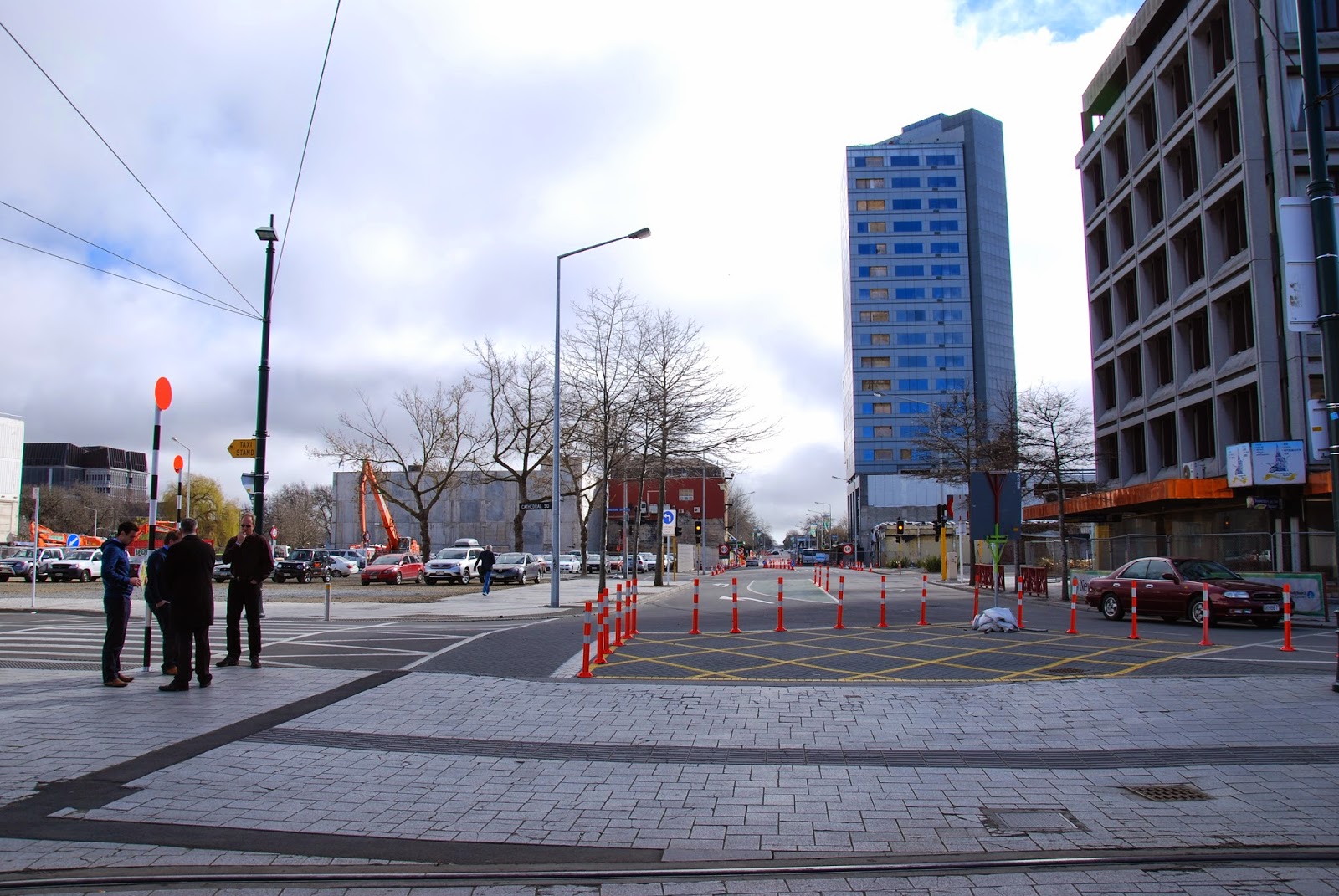 There's still more buildings with decisions being argued over their fate.
Like this building, with windows boarded up which may or may not be saved.

There are great plans for Christchurch,
and there are definitely signs that the rebuild has begun.
There are some funky new buildings going up. 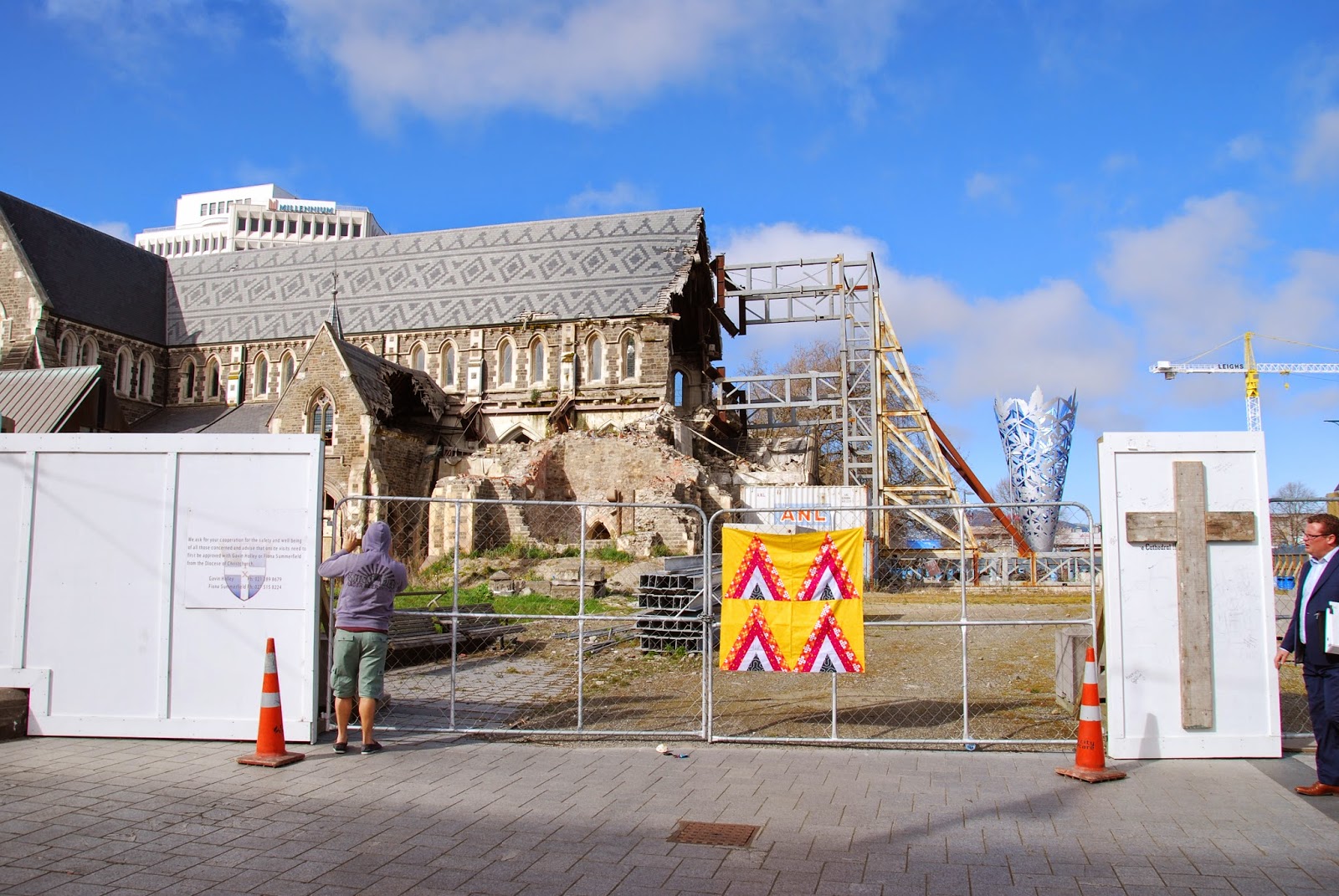 But it's four years people!

That's a long long time to be waiting. 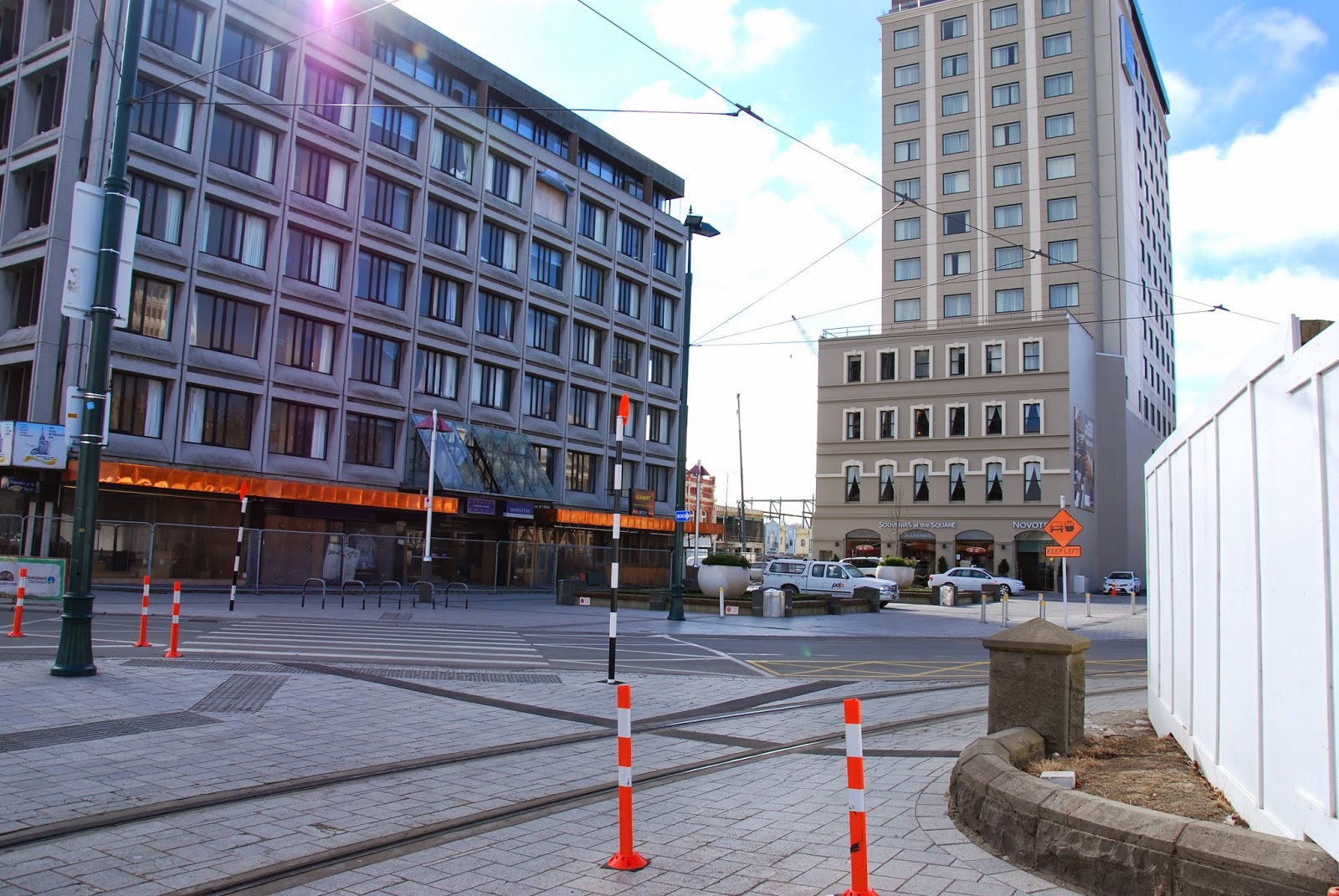 They say that what doesn't kill you makes you stronger,
but I found these words today and I love them.
"Your heart expands when it is broken"
so true. So very true. Something to hang onto as we remember. Four years.

Time heals.
Mountain winds sound exactly like ocean waves.
You are worth everything now.
Walls can be destroyed.
The sun always rises (and is always beautiful).
Children know the answers.
There is music in everything.
Logic doesn't produce magic.Somewhere, somebody loves you.
You don't need to choose mediocre when fire exists.
The moon orchestrates our nights and tides.
Trees can grow through rock.
Your heart expands when it's broken.
You should do it now.