Nothing is permanent in this world, even our troubles (Charlie Chaplin) 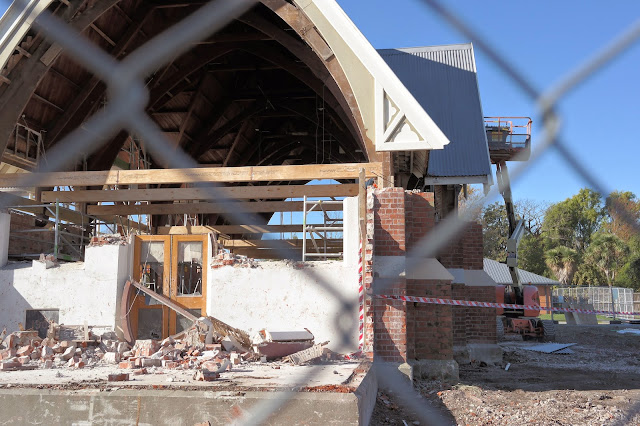 In Christchurch we have experienced major dislocation
from what was and are living in a type of no mans land
before we get to what will be.

In a way we are living in a very physical manner,
what all of us go through in our personal lives at some stage.

The change from one thing to another,
the transition between the stages of life. 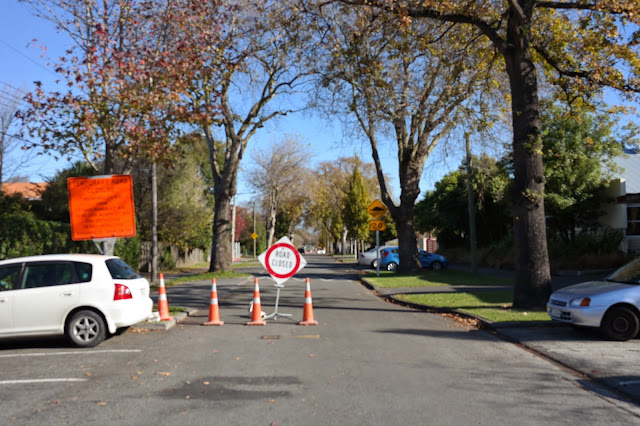 Here is Christchurch it feels like we have always lived in a building site,
we have forgotten what it was like to just drive somewhere
without encountering a detour.

We have forgotten what it was like to have buildings in the centre of our town.
We haven't got to where we are going yet,
we are still in limbo land, neither one thing or another. 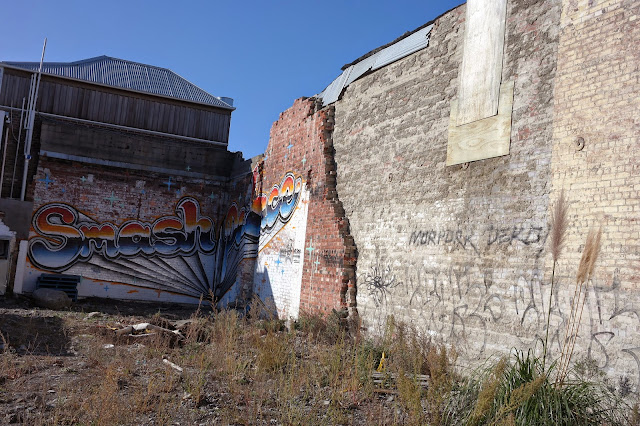 I read an interesting article by Volume the other day.
Here's some fun facts for you....
"Four years on: over 70 percent of the central business district has been demolished; 10,000 houses in the surrounding suburbs have been razed, while almost another 15,000 stand empty; and the long task of repairing the extensive damage to water, sewerage, and transport infrastructure continues."

It feels like every second person in Christchurch wears fluro,
but it might be more than that. It's everywhere,
the signs, the road cones, the clothing of the workers.

At some point in the future we might look back on fluro yellow and orange with nostalgia.
But we haven't got there yet. 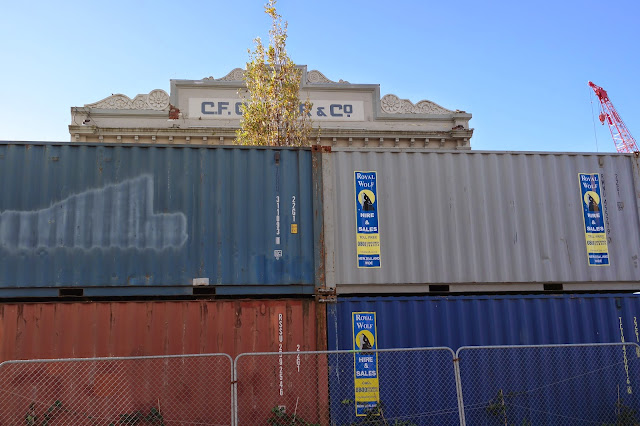 These ugly things are protecting us from danger. 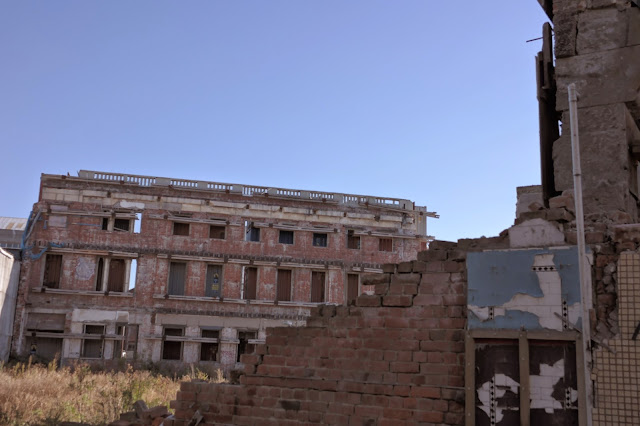 There's still a lot of empty spaces,
and a lot of unmade decisions.
There's frustration and anger.
There's helplessness and exhaustion. 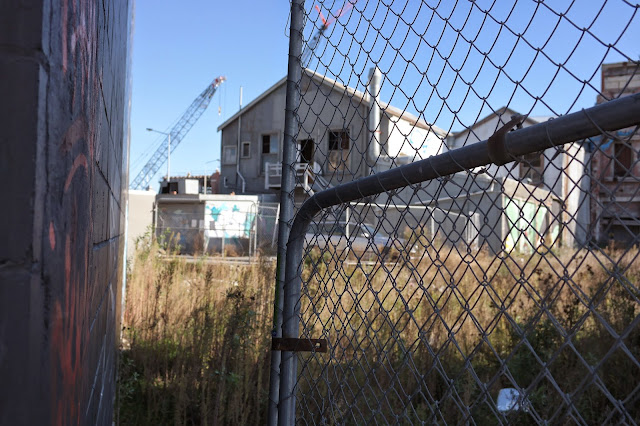 All of these things are not exclusive to Christchurch.
Where ever you encounter change,
there will be those feelings.

Its ok to feel them. 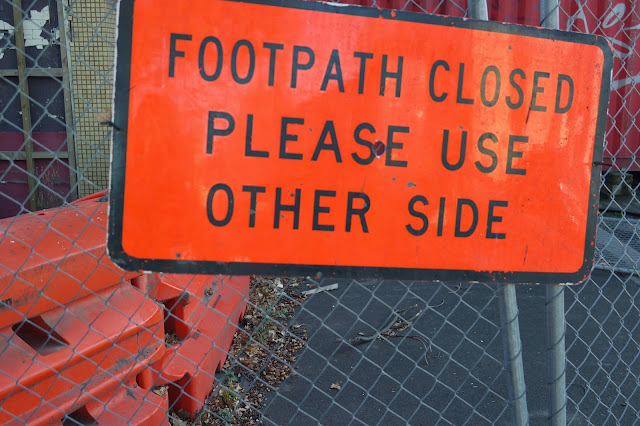 It's ok to be frustrated but not to let it break you.
Sometimes you just gotta distract yourself,
to give yourself a pep talk about how its not the end of the world. 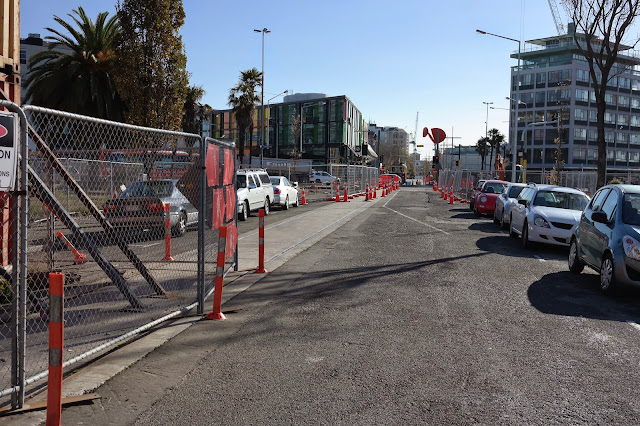 You have to learn to look after yourself,
to eat properly and to get some extra sleep.

You have to be kind to yourself,
and by extension to those around you who are struggling the same. 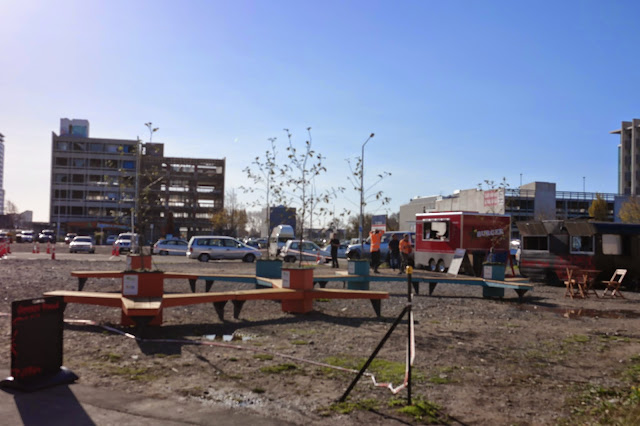 One of the most important lessons I've learned
is that every single person has a breaking point
no matter how strong them seem on the outside.

We must not judge each other,
but support one another because the breaking point
is catastrophic and once it is reached it is hard to get past it. 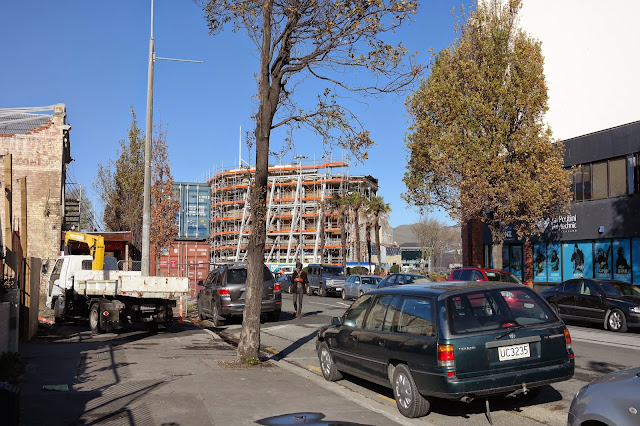 It seems to me that once we have been broken like that,
that fracture becomes part of who we are,
we might always need a bit of scaffolding there
to support us and to help us carry on. 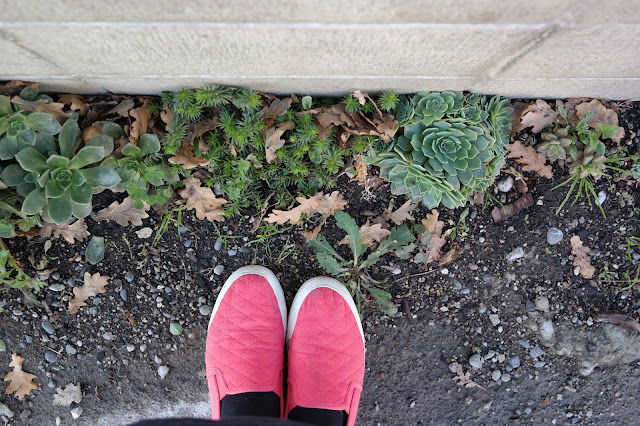 It's not all bad. Today when I was taking these pictures
I looked down at my feet and there in the broken ground
someone has planted succulents.

I can see in my own life the things I have gained
from living through the Christchurch earthquakes.

So even though, like Charlie Chaplin said, nothing is permanent in this world,
the process is actually as important as the destination.
Posted by Deb Robertson Writes at 9:30 PM