Sometimes it ends up different but it is better that way.... 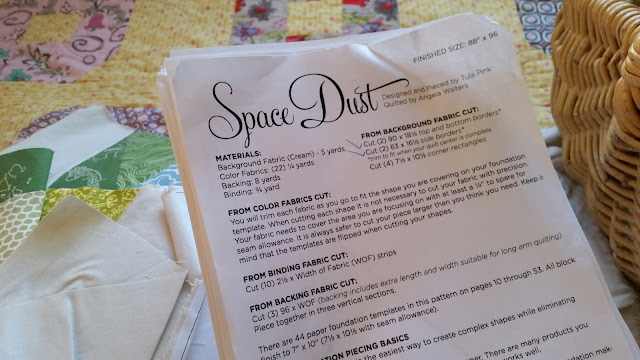 Sometimes we make plans and start along a path,
but as we go things change and we need to change the plan.
I find it really easy to feel like a failure at this point,
and often I keep doing things just because
I don't want to feel like I've failed. 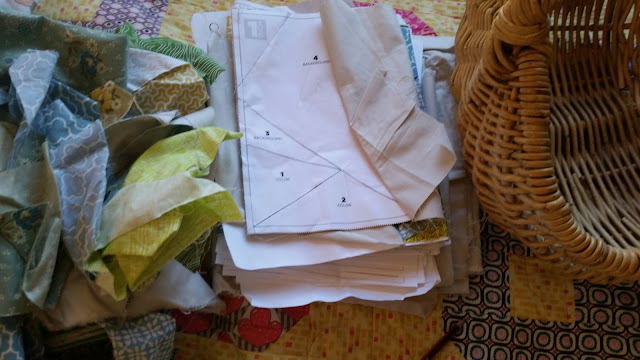 Like this quilt for example.
I started it last year and had great plans for it.
But it was about the time when my hip completely gave up
and I couldn't stand on two legs anymore.

Turns out that paper piecing is easier to do if you can jump up and
use the cutting mat and press things,
so I laid the project aside and got stuck into making all the quilts. 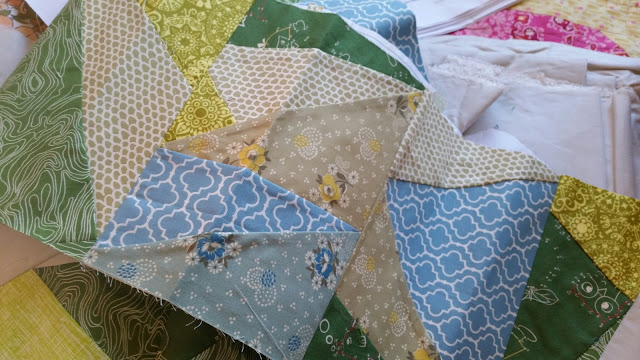 Every now and again I'd pull the project out,
but somehow in the intervening time,
I'd lost the joy of the thing and just couldn't get enthusiastic about it.

So yesterday I unpicked the segments that I had completed
and made a cushion. Then I returned all the fabric to my stash
and cut up the scraps into 2 1/2" squares. 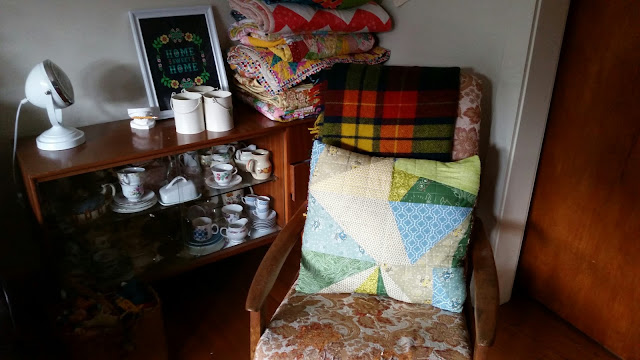 It felt so good to have a resolution to the project.
Also we have a pretty stylish cushion for our old chair.

And although part of me feels like I failed,
I know that sometimes things don't work out;
actually finishing something useful
is more important than a guilt-inducing unfinished project
hiding in the cupboard. 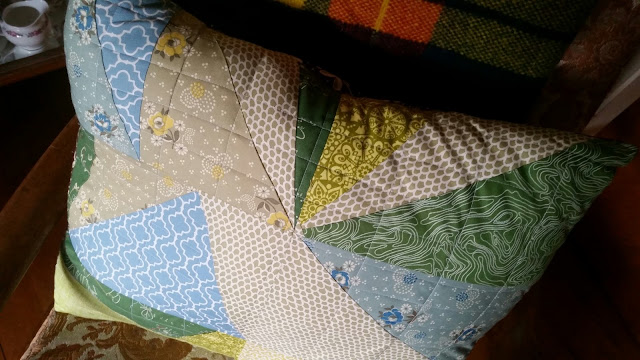 Guilt is such an unproductive and unmotivating emotion,
I'm working on recognising it more often
and not letting my life decisions be driven by it.

Here's to changing plans
and here's to achievements
instead of wishful thinking.