What do sex, drugs, rock n roll and gay men living in London's East End have in common?? 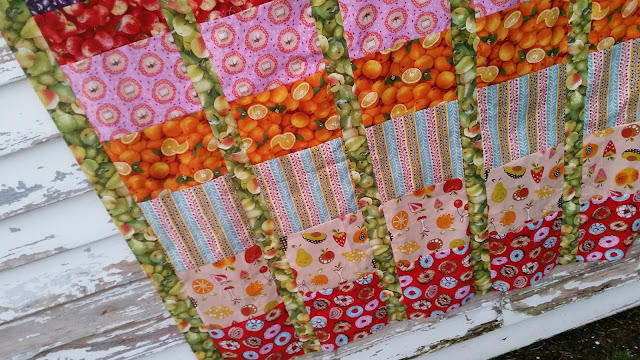 Well when I hopped into bed to read these readings, I really did wonder what on earth I was meant to be getting out of them! The interviews with gay men about where they lived and why, truly did not seem to go with rock and roll, urban legends and hip hop. I know that the lecturer tried to keep it tidy by putting it all under Cities as entertainment machines, but even that seemed a bit of a stretch really.

But as I kept reading, I began to recognise a common them. In sociology we use the word agency to describe the way that as individuals we have free will to make choices. We exercise agency in the way that we choose to live our lives. 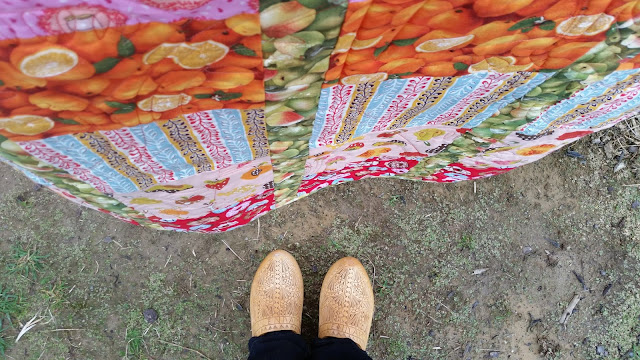 The Article about gay men in the city is talking about people choosing to interact with the city in a certain way. It is not about the buildings or the activities, it is about all the different types of people (children, youths, women, people of colour, gay etc etc) being free to live out their lives in the public space.


Even without a conscious intervention to reshape our cities according to the needs of their inhabitants rather than big capital, cities are dynamic social and physical entities and they are shaped as much by the agency of their inhabitants as the blue prints of architects, planners and property developers (Brown 2001).

The article about sex, drugs and rock n roll, is about urban legends. (I can't actually believe someone got funding to write this.) It talks about various urban legends and how they exist in their own space, despite (or maybe because) protestations to the contrary. If you plod your way almost to the end of the article, you will read this...


By communicating certain meanings, or structures of meanings, it offers its audiences ways of seeing the world, of interpreting experiences; it offers them values that have a profound impact on the ways they respond to particular situations and challenges.

So what this paper is actually about, is how people tell stories over and over to each other; (like the horrible memes we see on Facebook) and in so doing they are using these stories to make sense of their world, they exercise agency to understand their part in something bigger than themselves. 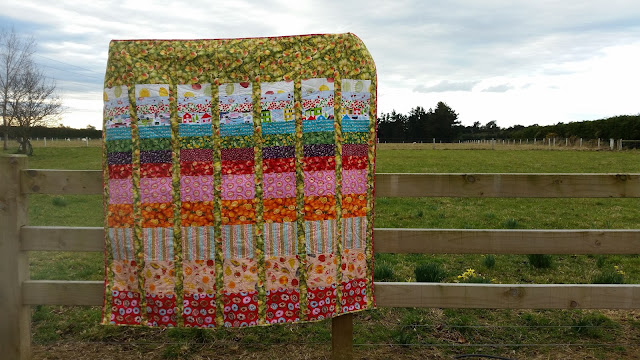 The other two articles are talking about the same thing. How people construct meaning through the music they listen to and make. Hip Hop music was for a particular place and a particular time and yet it has been appropriated by others who make meaning for themselves through it.

It is actually really interesting. That is the thing about sociology. You realise that so much of what you believe is real, is actually a social construction. Once you start pulling apart the layers of that construction, you gain a glimpse into how society works. It is not black and white and there are no right answers. But I find that it is actually the process of wrestling with the grey that I find I do most of my learning. 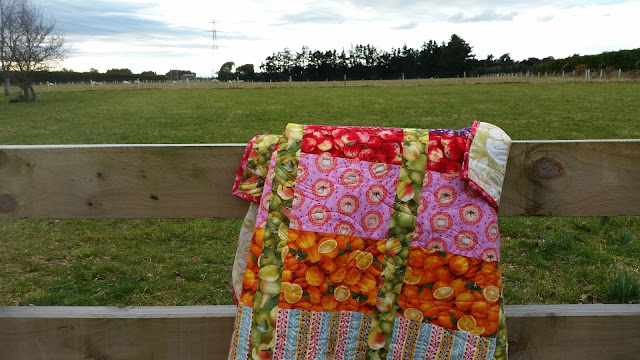 On another note, the photos with this post are of a quilt I just finished, which we named The Acid Trip because it is so ridiculously bright (and possibly ugly). I found some fabrics stashed away when I helped clean out the garage at my old house and I couldn't make myself throw them out. I like the fact that I used what other people regard as rubbish to make something that my son has claimed for himself to sleep under. The thing about cities that I'm learning from all this reading, is that it is actually what happens in the ugly bits and the empty spaces that makes a city interesting. I figure making something useful from the ugly bits of fabric is interesting too.

Very odd combination, if I may be so bold as to say so.
Posted by Deb Robertson Writes at 2:46 AM