We are human, when we cry, our tears are all the same colour, no matter what our skin colour, our beliefs or where we live. Journalists at Work {Part 2(3) COMS 304}

As part of the major project for this semester, I have been working on the news as it is found on Facebook. I was inspired to do this, after my friend John made comment on my Facebook page... 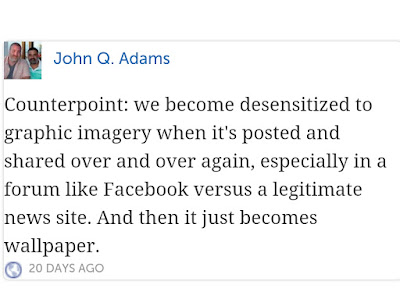 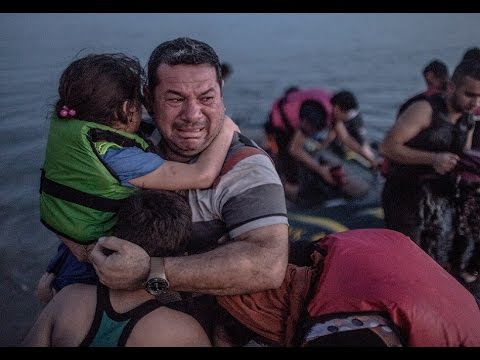 I've spent about five days so far, working through the story of the Syrian refugees and all the differing ways it was reported in the media. I've read stories that were made up and then proved wrong, I've read stories taken out of context. I've read so many heart rending sad stories, that I started to loose faith in humanity.

The more I study, the less answers I have. That's a good thing I think, because there are no simple answers. As far as the situation in Syria goes, there are definitely no right answers. It is a very very complicated historical situation, and it seems there is no right side or wrong side, just a lot of people with differing points of view. I found this article which helps explain it.

I believe that as citizens of the world, we cannot ignore the goings on in the world. It is true that we can put our heads down and live our lives. But we have a responsibility to each other to try and understand what else is going on in the world. (Having lived through the Christchurch Earthquakes, we learned that you never know when you are going to need the rest of the world to care.) The situation in Syria is not one that can be just sorted out. Nothing could be gained from intervention from well meaning parties as far as I can tell (I could be wrong).

However there is a humanitarian disaster here on an epic scale. We need to know, understand and be able to respond to this in someway. It is true that if you watch the news day after day while eating your dinner in your easy chair, that all this death and destruction may seem like a background to other people's lives. These don't seem like real people. They aren't like us. They obviously don't feel like us.

I read about people expressing outrage because the refugees had smart phones and labelled clothing. This is because they are real people, just like us.

We are all human, when we cry, our tears are all the same colour, no matter what our skin colour, our beliefs or where we live.

Before the war escalated in their home towns, they were living lives just like us, with real jobs, just like us. It might seem easy to think that they are not because their skin is brown, their religion is different and they don't speak our language. But the language of humanity is the same, the husbands love their wives, the children love their parents. The teenagers struggle to find their place. They all feel the cold, the pain the agony of not being in a safe place.

The news that we see each day on our televisions, newspapers, social media and the Internet, is providing information in real time across the globe of issues that are effecting people.


"...journalists may seek to expose injustice, hold the powerful to account, right wrongs, and give a voice to those who have no power and no influence; but ultimately the test of our work is whether it is able, directly or indirectly, to bring about change" (De Burg 2000).

I suppose what it comes down to is that there will always be people who don't care or don't want to know what is going on in the wider global community. There will always be people who do care and want to help. The job of mainstream media is to present the news in such a way that people will continue to be engaged (because that is what sells the news) and to be informed about current events.

I guess it is a challenge for all of us who participate in media (even if it is just sharing a Facebook post) that we do not do it simply because we can, but because we believe in so doing it will make a difference.
Posted by Deb Robertson Writes at 6:31 PM