Getting things done is better than waiting till you can do it perfectly. And sometimes you just need to call it done and move on. 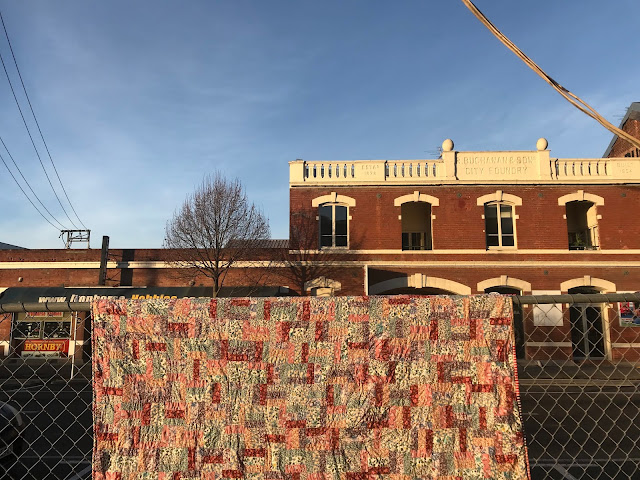 We have been living in our new house for just over two weeks now and it is starting to feel like home. It's so different being in town and having space at each end of the day. I had a lot of plans with what I want to do with the extra time, but I have to confess I spend a lot of it sleeping!! Especially in the mornings, it's so nice to lie in bed for an extra half an hour even if it does feel lazy. 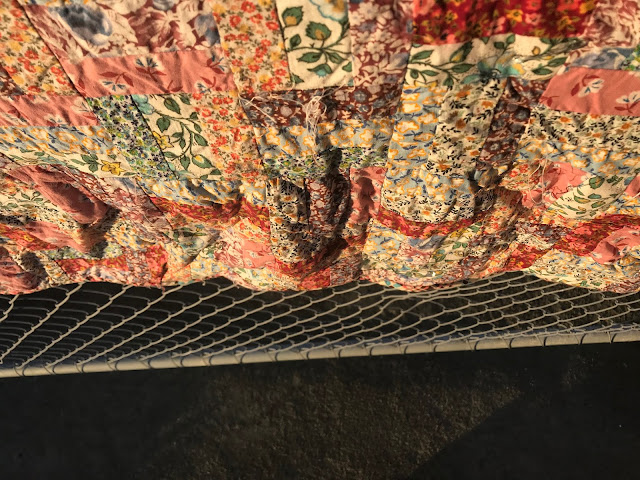 We are waiting to get the painting and kitchen finished so I haven't been able to do much sewing. But the other night I pulled out this thrifted quilt top. Honestly it's the wonkiest thing I ever found. It's not square, it doesn't lie flat and it has one million threads coming out of it. I honestly couldn't do much to it, so I just hand quilted across the width a few times and put a binding on.

Sometimes I just need a reminder that we don't always have to strive for perfection, that sometimes it is ok to just be a little wonky and a bit unfinished. 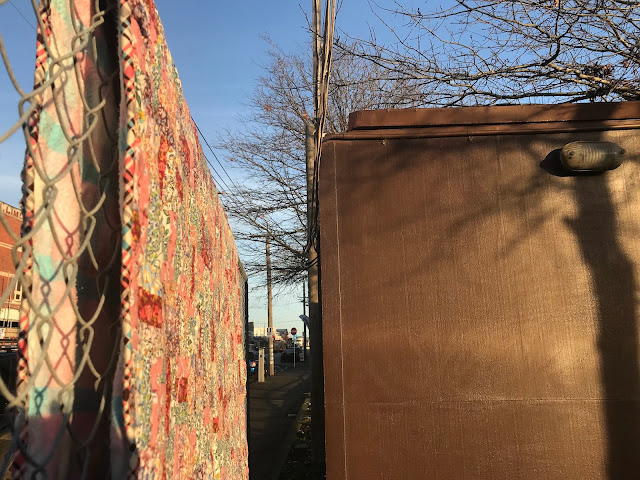 I've put an old flannelette sheet on the back and some heavier than normal batting. This quilt is snuggly and heavy... just the way we like them. No one who snuggles under it is going to give a rat's A** that it's wonky, they are just going to be comforted by it's warmth.

It was the perfect project to kick start my project list off. Not perfect, not even close it it, but still perfect for the task. I wish the person who spent soooooo many hours sewing it, could see it finished. I bet they were so discouraged they just sent it off to be donated. But by looking past it's (many) flaws, I can enjoy all the pretty fabrics they included. (I purposely didn't trim it square when I put the binding on to keep the organic feel!!) 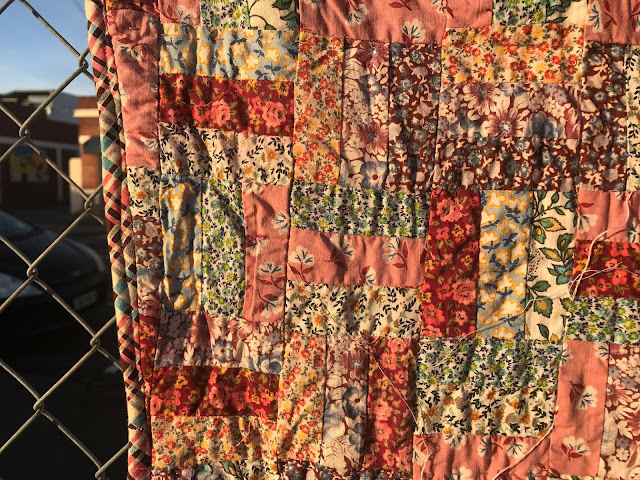 I'm keeping this quilt as a reminder to me. I'm going to use it every opportunity. Because even though I'm a flawed human being who fails in so many ways, it's still ok to be me. I have a lot of things I want to achieve this year and I needed the reminder that (like this quilt) it won't be perfect and it might be a bit wonky, but a finished project is far better than an unfinished one hidden at the back of the cupboard.