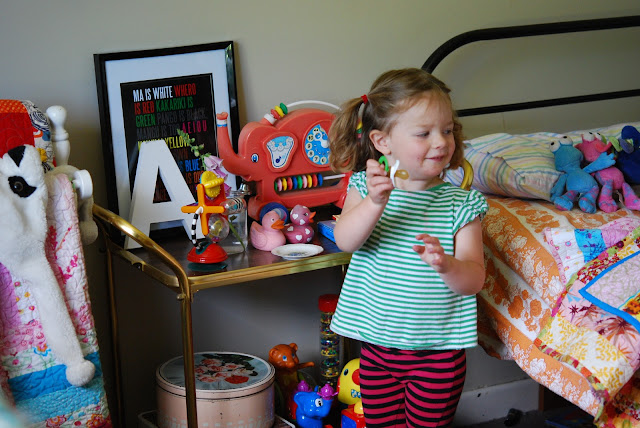 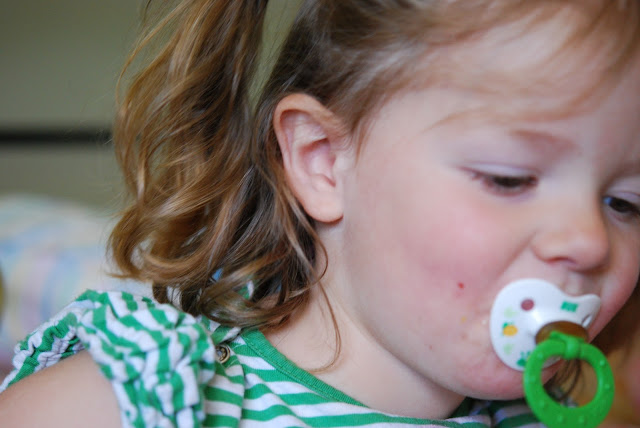 But sometimes it sneaks out!!
Dummy's are really frowned upon here in New Zealand
especially by the hospital, but I do think there is a place for them
with some children, some time. 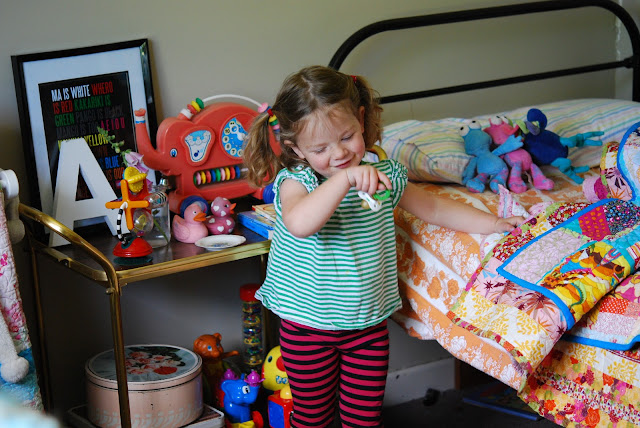 It's been a stressful year, Annie still hears a noise and thinks its a "wobble"
8000+ after shocks does that, and to be fair sometimes the ground/house still wobbles
Somehow I'm reluctant to make her let go of something which gives her such comfort. 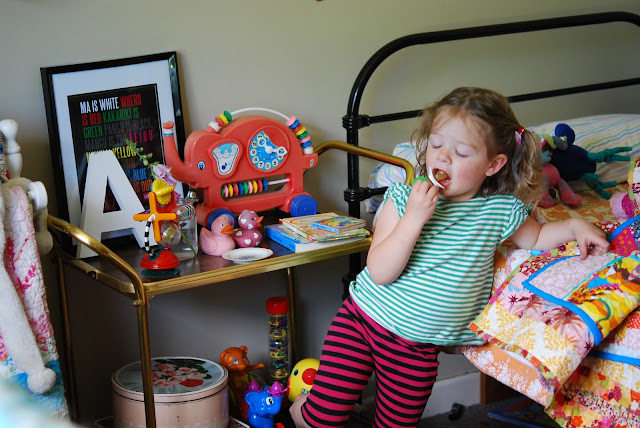 And then there's the fact that this child has been sick so often,
so often, so so often, sigh.
It's always helpful to have Tum and Beckett (the panda) when she is sick.
And I remember when Reuben got rid of his, he stopped loving his teddy as well,
it was sad he lost both his comforts in one go, apparently one wasn't the same
without the other one. 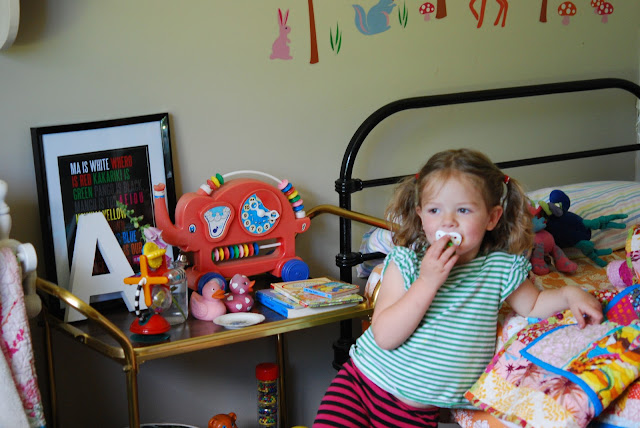 So although I think Tum should go, we are just trying to keep it in bed
and see how that goes.

I'm sure she won't have it when she's 16,
and I might know someone who still used to suck their thumb at 16 (not me)

What's your opinion on this??
I value constructive comments!