A few snapshots of the residential red-zone.... 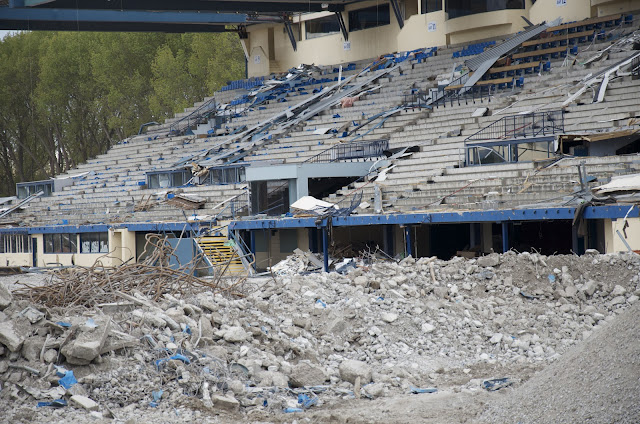 David and I and the younger children had to go to the residential red zone
to pick up a desk that James had brought me for my birthday.

We don't go there that often, the roads are dire
and it's deeply depressing, but every now and again we go to see the progress of decay. 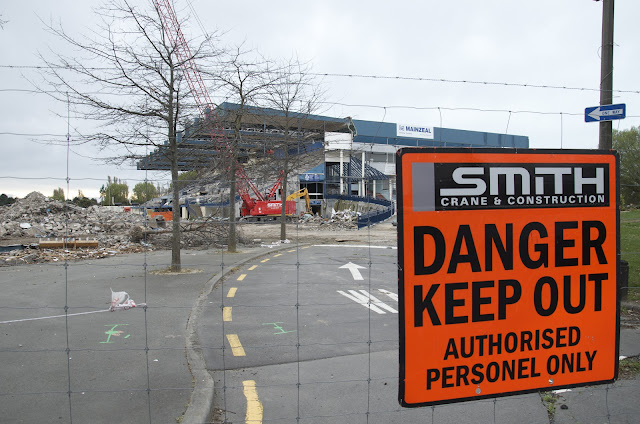 This was a beautiful stadium build for the Commonwealth Games in the 70s
and used all the time for athlethics, also with a large pool and gym etc. 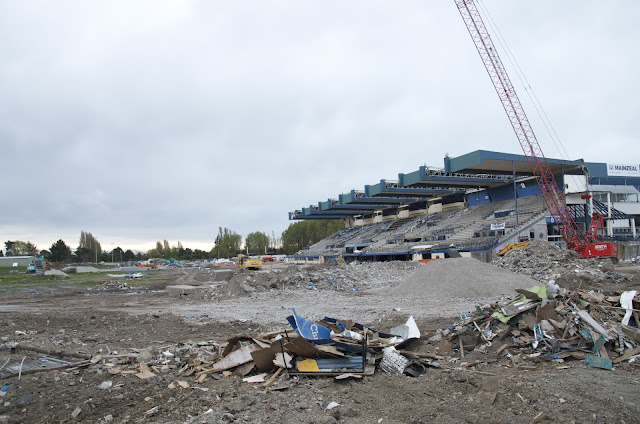 It was wrecked and now is being pulled down. 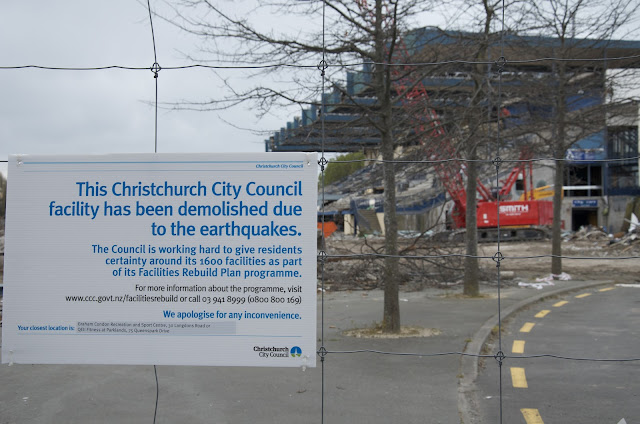 It's hard to believe, I've taken the kids swimming here so many times,
but never ever again. And the rate of rebuild, I'll probably never get to take all four of them again.
It's too late for the teenagers and will be a long time for the younger children. 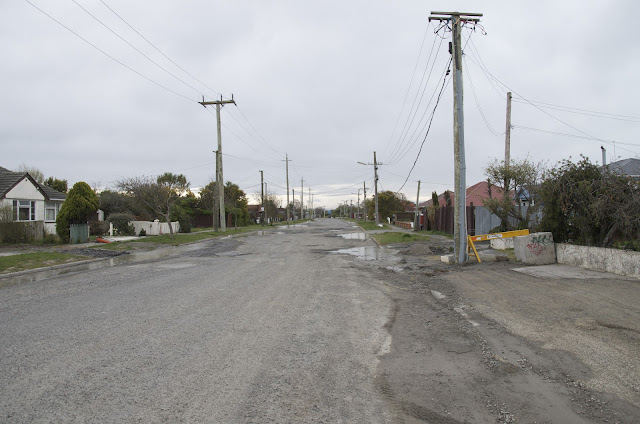 It's hard to photograph the scale and enormity of the destruction here
and two years on the roads are just destroyed. 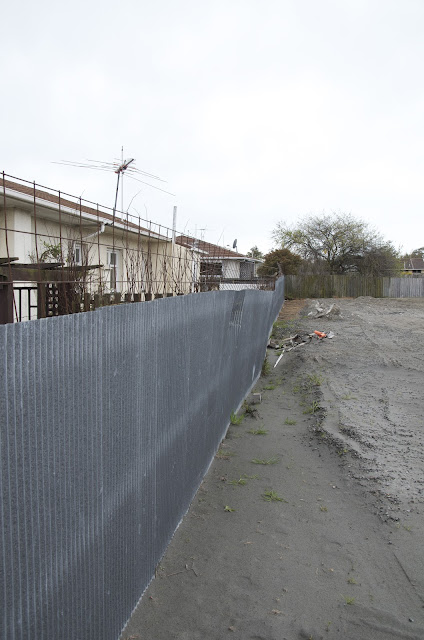 More and more empty sections appear,
and eventually all of the houses in this zone will go
and hopefully it will be a park (the government has brought them all out).
Whatever you say about the government,
this is an amazing thing they have done for the people of Christchurch. 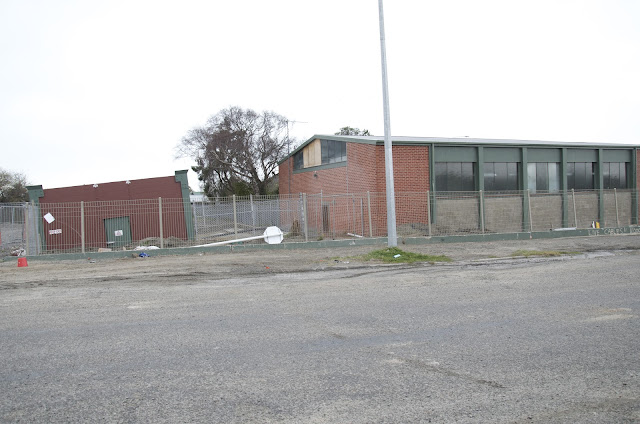 See the sub-station on the left, it looks like it just sunk straight into the ground. 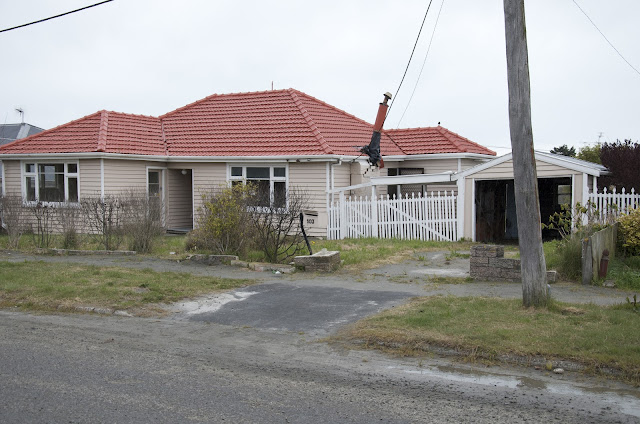 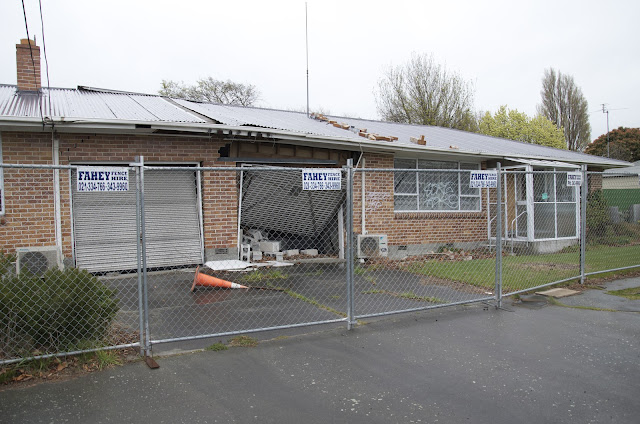 Imagine coming home to this,
or even worse, being in it when it happened.

But it's not all doom and gloom in Christchurch,
on monday our local supermarket reopened.
It's hard to describe how happy this makes us all.
It's like we have our place back, where we go and always see someone we know,
oh how I've missed that.

To be honest, we need a lot more stories like that,
but eventually we will get there.

For you overseas folks, don't forget us though, Christchurch is one large demolition site,
it's an on-going process!! We still need encouragement to keep going,
especially the children.

It makes me sad, that Reuben says,
the minute he's old enough, he's outta here.
He can see no future for himself in Christchurch.