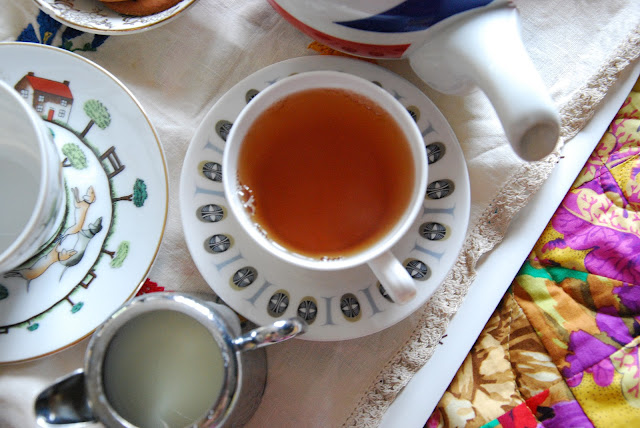 This Saturday morning Annie woke up early (as she does)
and so we got started on cleaning and tidying the house.
But 10am we were almost all sorted and while David popped out to run a few errands,
Reuben and I decided to stop for a cup of tea. 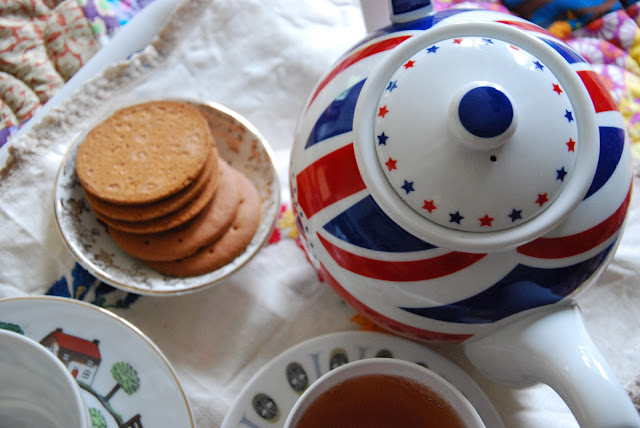 I was given this lovely teapot for my birthday
so we set up a tray with some china cups and plain biscuits and sat down for a cuppa. 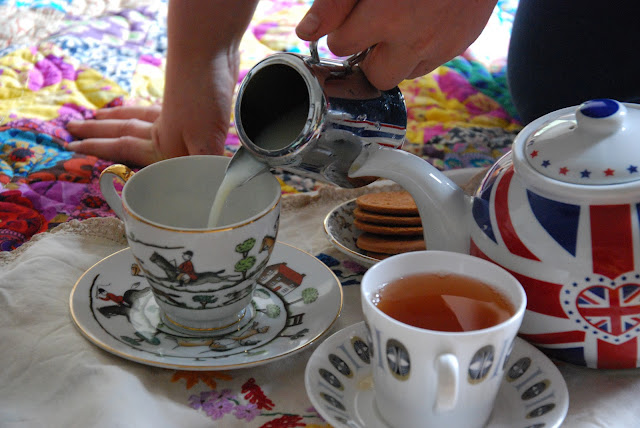 Reuben enjoyed pouring the milk into his from the wee jug
and pouring in the tea. 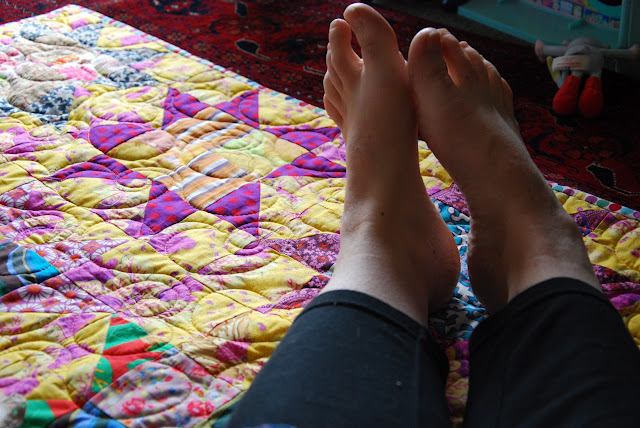 It was such a simple act, having a cup of tea,
but we got to chat about how exactly to make a pot of tea
and spend a few minutes enjoying each other's company. 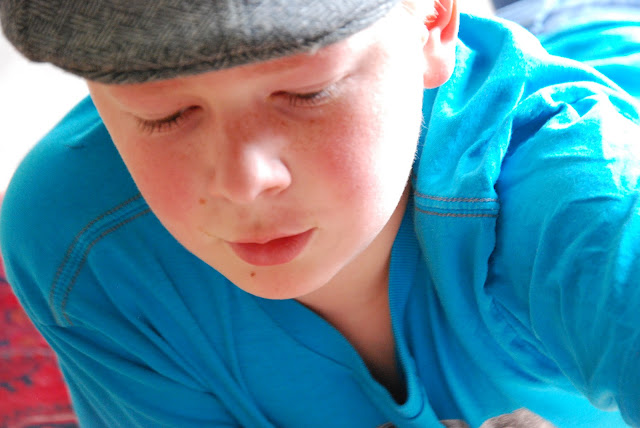 It made me think we should do it more often,
just sit down and have a cup of tea, rather than drinking it on the go as I usually do. 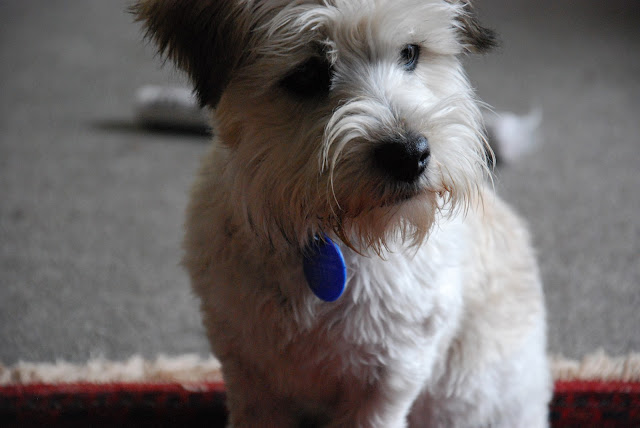 Kenny was desperate for a biscuit and a sip of tea, the wee cutie. 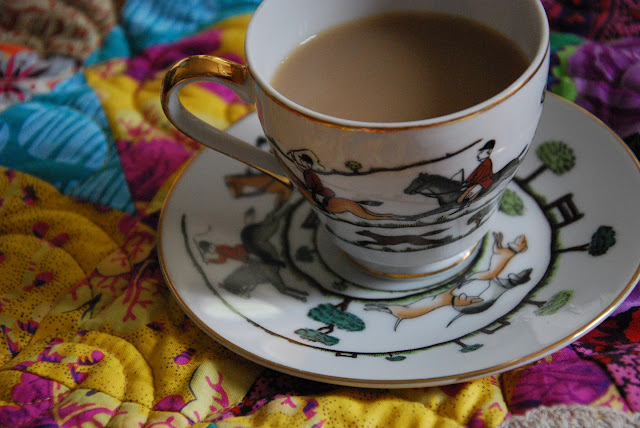 This is Reuben's cup and saucer. I found the cup for him once,
I thought he would like it, and a few weeks later I found the saucer.
It's a lovely set and he loves to use it. Very manly. 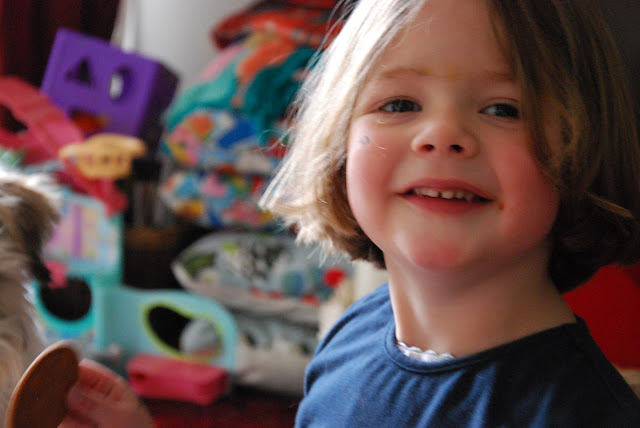 Annie came home with David and wanted to join in! 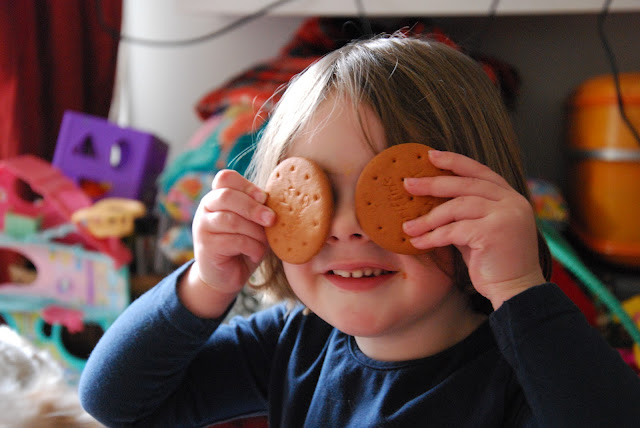 "Just like eyes" she said.
Sometimes we just have to open our eyes to the opportunity
to hang out together.