How to fill in a chilly school holiday afternoon.... 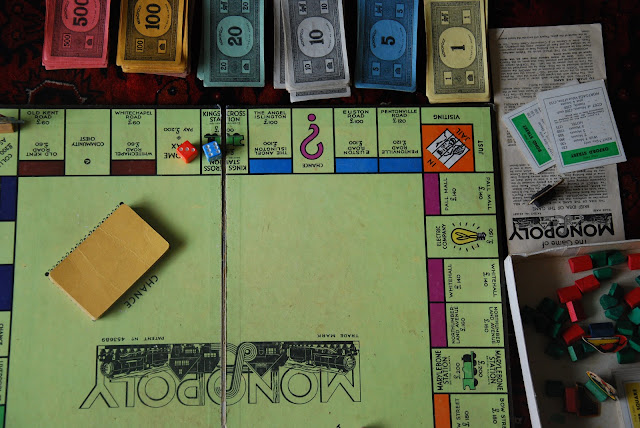 Last week mum had both my kiddies for a couple of mornings
while I did work on the actual day job.
But one morning I popped into the Sally army (as I do)
and found a couple of board games. 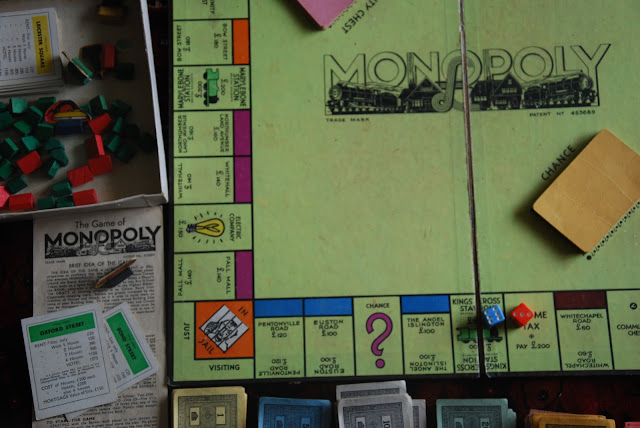 This incredible set cost me $3 and a bit of investigation finds it is a 1940's version.
It's immaculate and all the pieces were there.
I guess I probably shouldn't use it but isn't that what a board game is for?
Hopefully it's not super valuable and I find out once I've lost the pieces :) 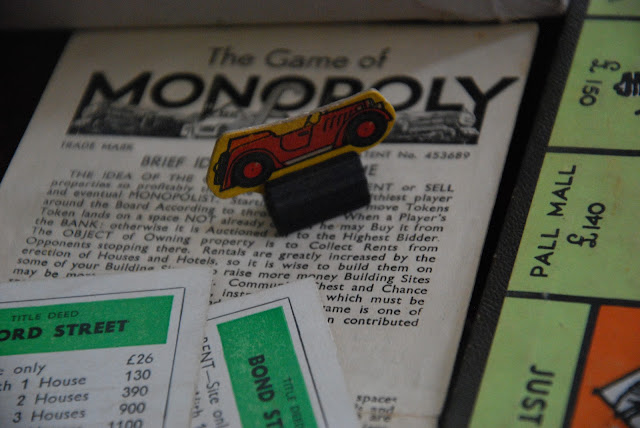 Including the war-time cardboard pieces.
Be still my beating heart. 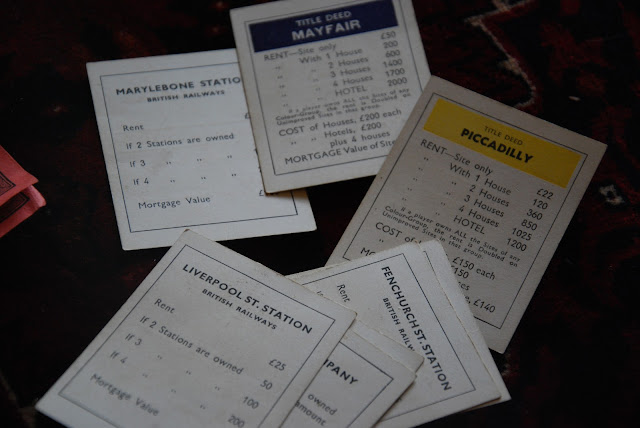 Now Reuben had never played it before
but him and I sat ourselves down on the living room carpet and played.
We ended up playing for three hours! 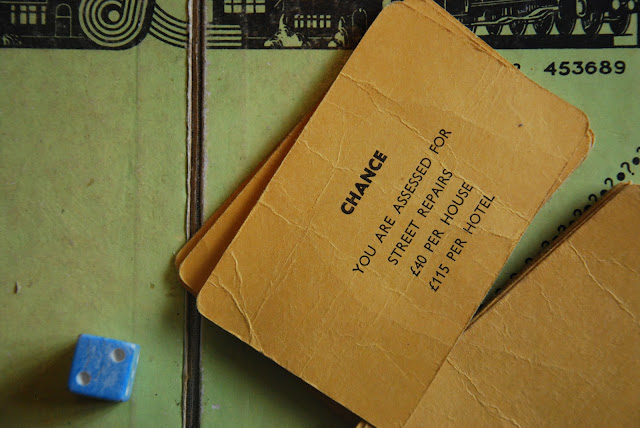 I had to show Roo what to do.
And at one point he stormed off saying he was loosing and what a stupid game. 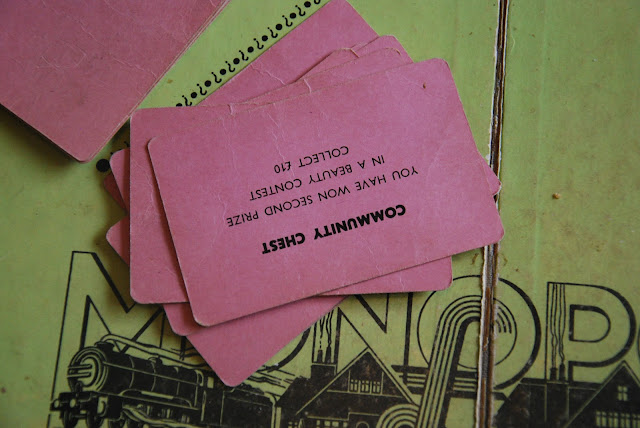 But I said, come back and we will see how it turns out.
And of course he won handsomely. 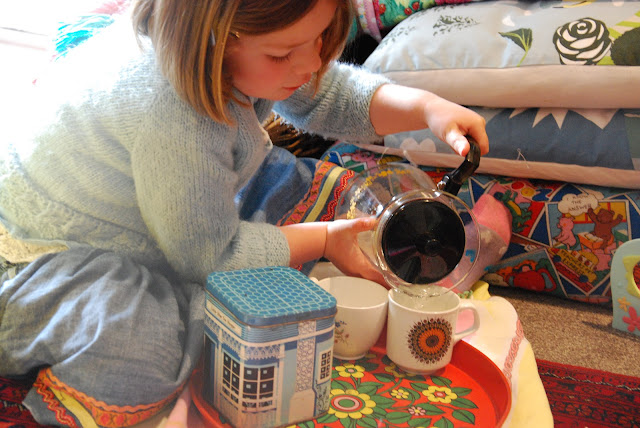 Annie was just pottering about and at one point found us refreshments. 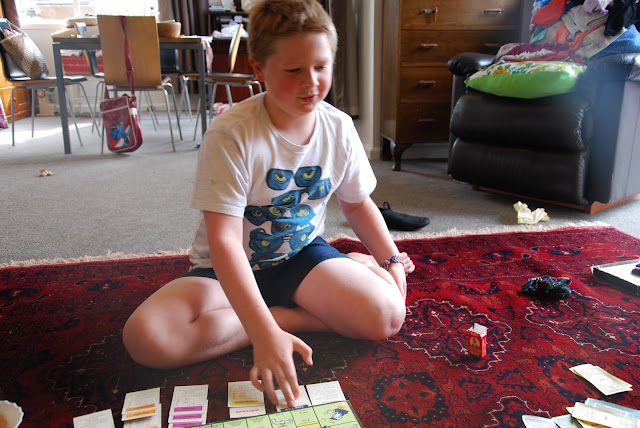 It was possibly one of the nicest afternoons I've had with Reuben,
such good cooperative play. 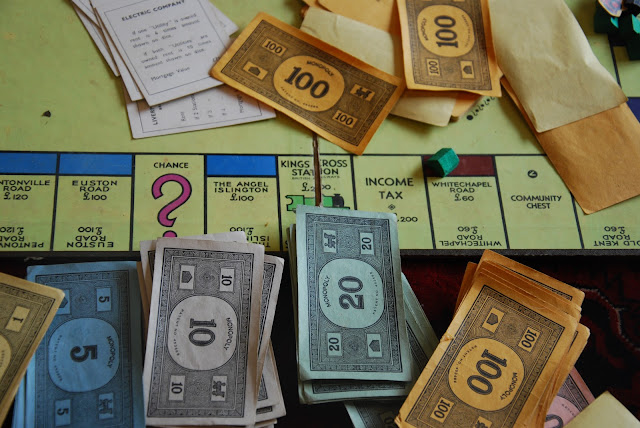 I love to think of this old old game
and wonder of its history. I'm thrilled to own it. 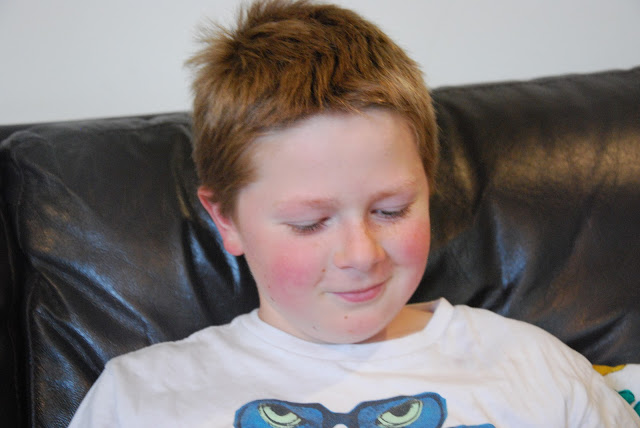 Here is the {justifiably} self-satisfied smile of the over-all winner.