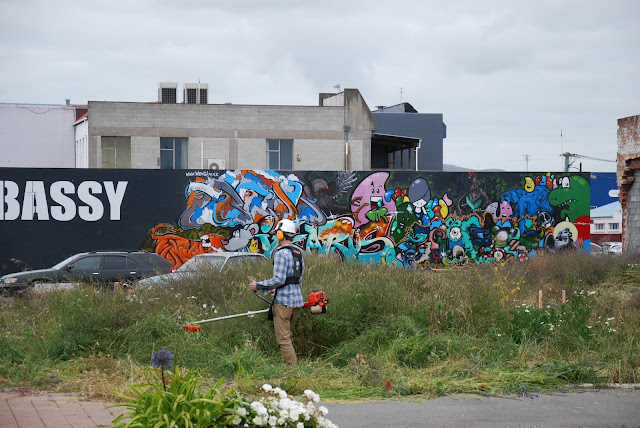 This morning while Annie-Rose and I waited over an hour for our old car
to fail it's warrant of fitness again, we went for a wander around Sydenham.
This shopping district on the main road of Christchurch
just a hop, skip and jump from the {still fenced off} central business district. 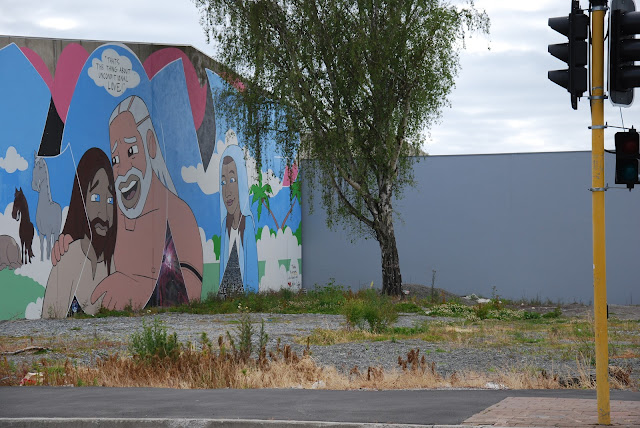 I find it impossible to convey here on the blog what its like to have your city
continually being demolished around you.
It's disconcerting to drive somewhere and suddenly to find an empty section
where once there was a building. 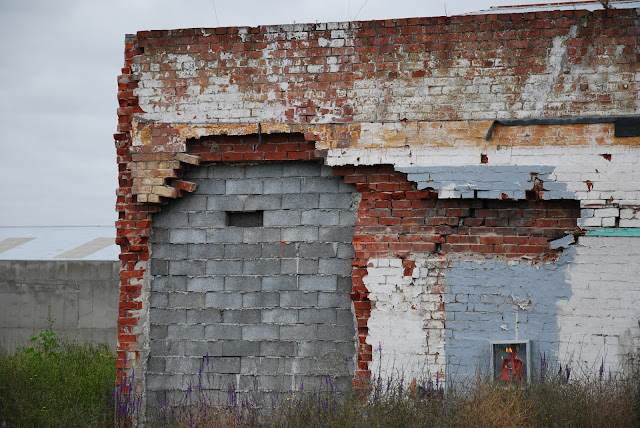 Oddly, it's just as strange to see a building pop up completely different
(and often temporary) where your heart tells you there should be something else. 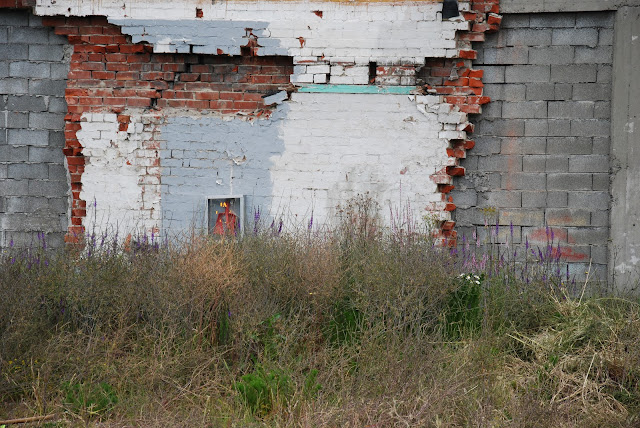 There's still a lot of demolition to go.
For example, nothing in the world would induce me to let my child
stand by this wall. 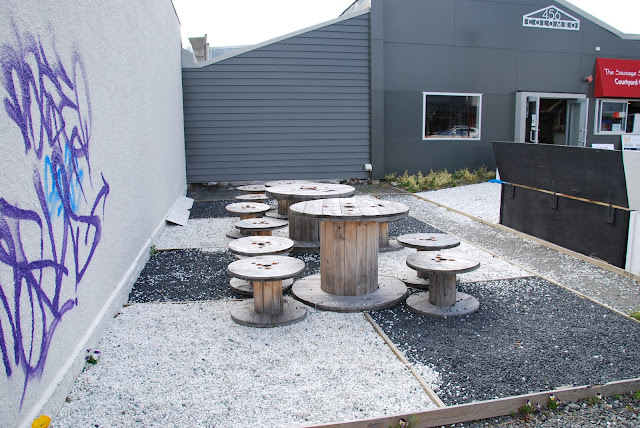 There are good things around.
A voluntary project called "Gap Filler"
where folks install interesting and fun things to brighten the gaps. 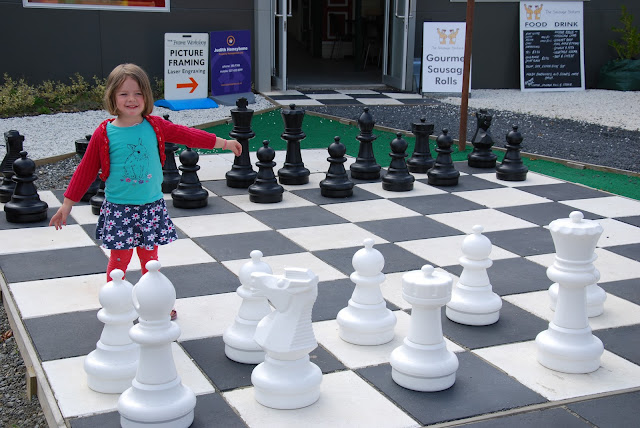 A giant chess set for example,
to make up for the loss of the one in the square we are still locked out of. 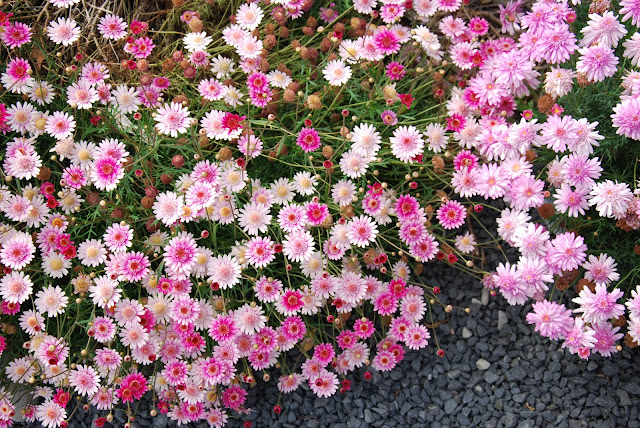 A lot of wonderful planting has taken place
often in temporary tubs and boxes which really does help I think.
I'm grateful for the greening of the harsh edges. 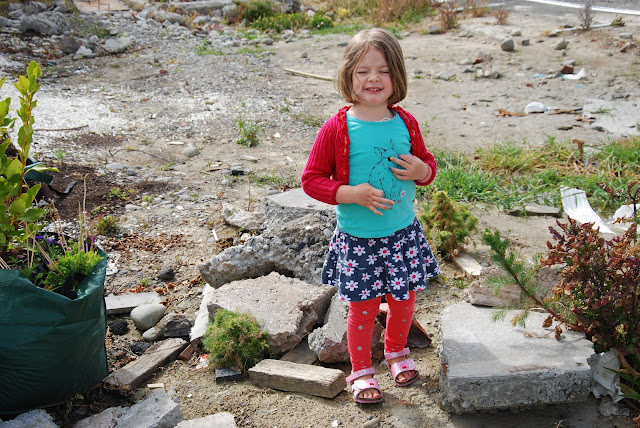 There's still a lot of hazards for a small person
and you wonder how we are going to bring up teenagers in this city
in the next 10 years. It's a strange city to live in. 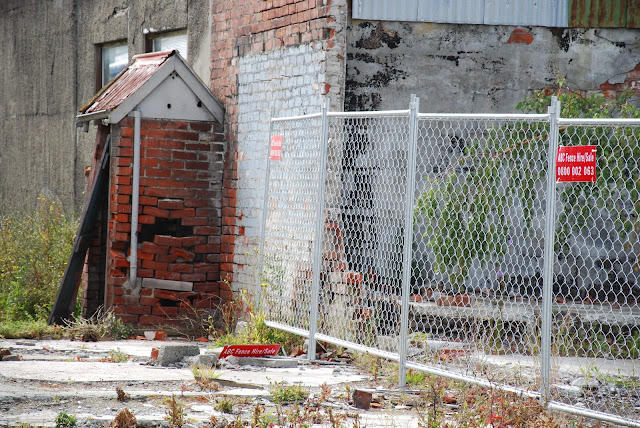 I read a saying today which really resonates as you wander about....

“Man can live about forty days without food,

about three days without water,

about eight minutes without air...

but only for one second without hope.” 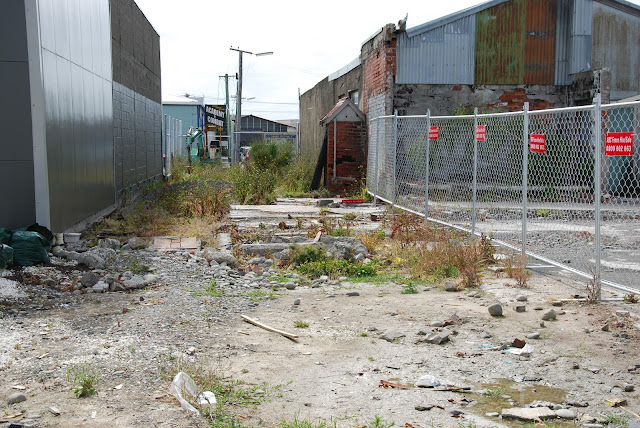 Sometimes it's ok and you just go about your life
and other times it's a struggle to hold on to the hope. 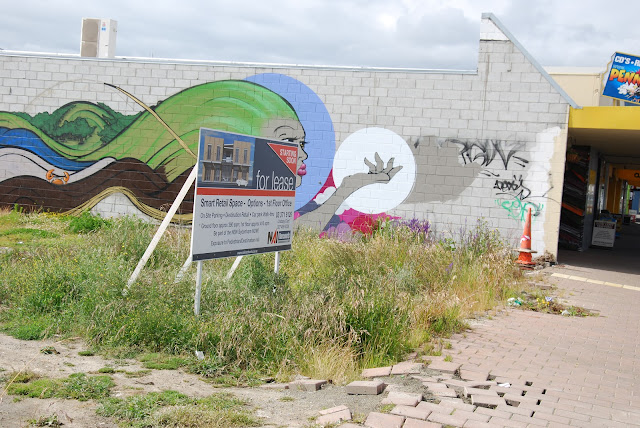 I really don't want to sound like I'm bleating on and on in this space about it all,
but it's still a reality... the demolition of buildings we love,
the endless endless road and sewer works,
the dislocation of having a city start to rebuild before you got a picture of what was gone.