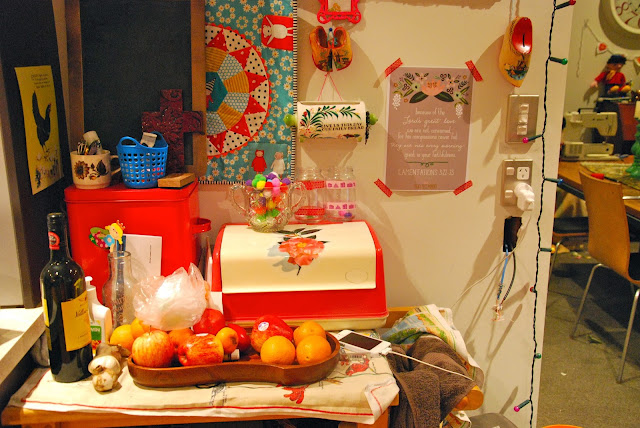 I was chatting to Kirsten on twitter about the marble jar
and I thought I would write about it here too.
I have tried every single thing to get my kids behave
and I've been doing it for the last TWENTY YEARS,
yes TWENTY YEARS people, sigh. 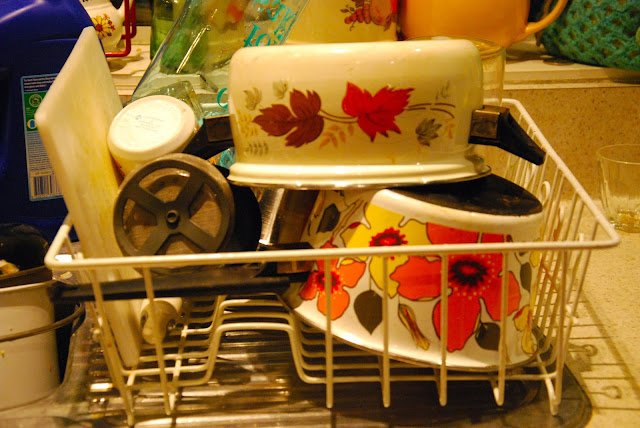 But the best thing is the marble jar.
It's the one thing that consistently has worked for me when ever I have used it. 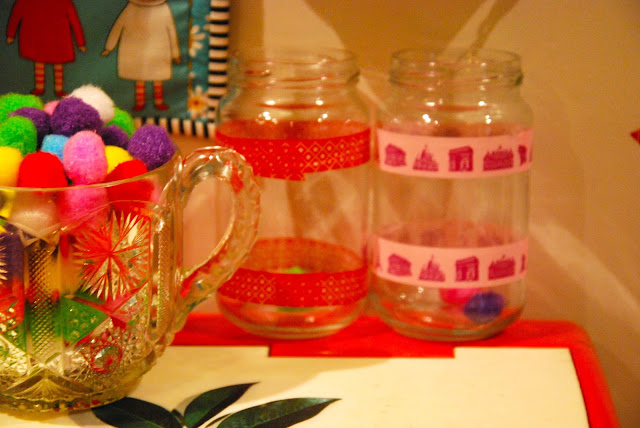 After talking to Kirsten, I decided to try it again,
so I went to the $2 to get marbles, but I couldn't find them so I got these
pom poms instead $2 a packet. I stuck a bit of washi tape on two clean jam jars
and I was all set to go. 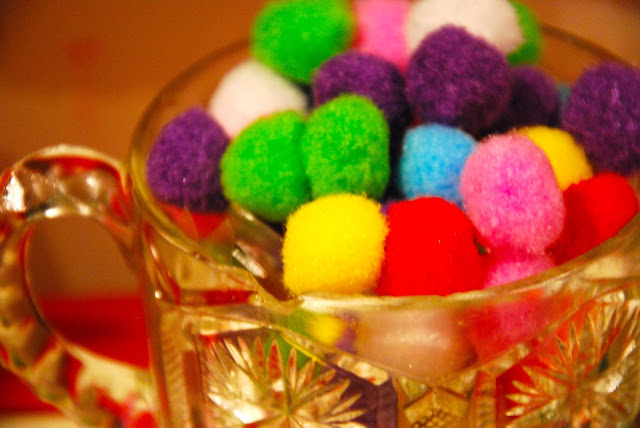 This is how the marble jar works.
When you catch the child being good, you give them a marble (or pompom)
and when they are bad you take one out. Easy.
When the jar is full the child gets a reward.
I remember that I would say this reward is going to be a sock reward,
when it was full they got to chose a pair of socks,
or a magazine or whatever I decided it was going to be. 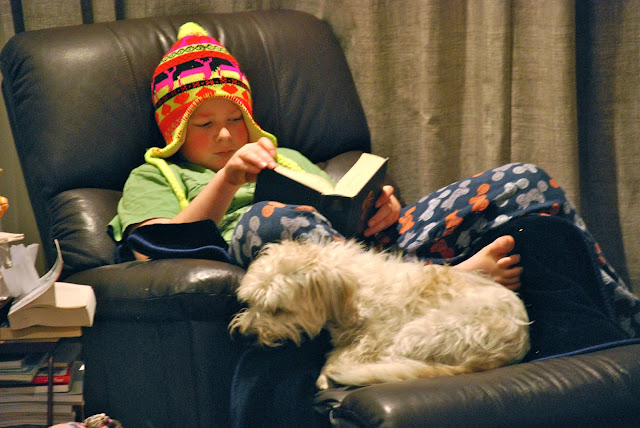 To be honest, a jar is way to big, we used to use egg cups because they held
about 10 marbles which was perfect.

The whole thing works so well for a few reasons,
the best one is that you start looking for good behaviour,
"I'm so glad you didn't scratch your brother's eyes out when he said you were stupid"
and that actually helps you, because its way to easy to focus on the bad stuff.

Another thing is that you are encouraging good behaviour,
which all the books say is what you should be doing
but which is notoriously difficult to do, or is that just me?? 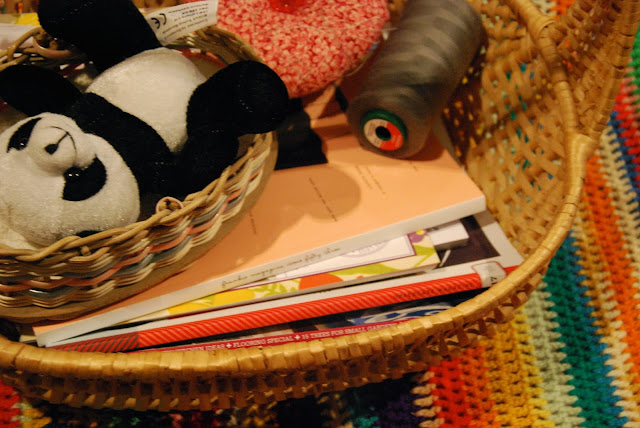 If you had asked me I would have said my kids weren't giving me any grief
but since I put the marble jar up yesterday I realised we had slipped into some
horrid patterns of whinging and nagging.

There's been busy traffic of pompoms rushing in and out of the jar
and I think that the little jars are going to work their magic again.

Posted by Deb Robertson Writes at 12:45 AM

Email ThisBlogThis!Share to TwitterShare to FacebookShare to Pinterest
Labels: parenting