finding the end of my comfort zone.... 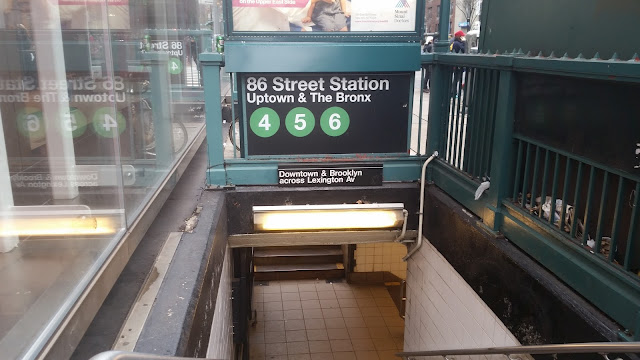 Today I made peace with the Subway.
The hardest part was getting a ticket,
but after that it was fine. 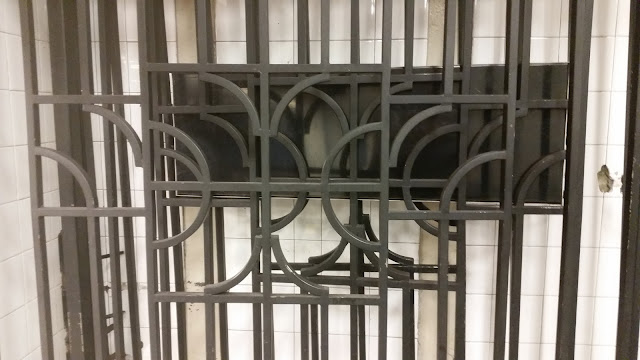 You can do a lot of people watching on the Train
and eaves drop in a lot of conversations.
At one point an enormously tall man (he had to duck to walk in the carriage)
asked me if he knew me. Um, no! 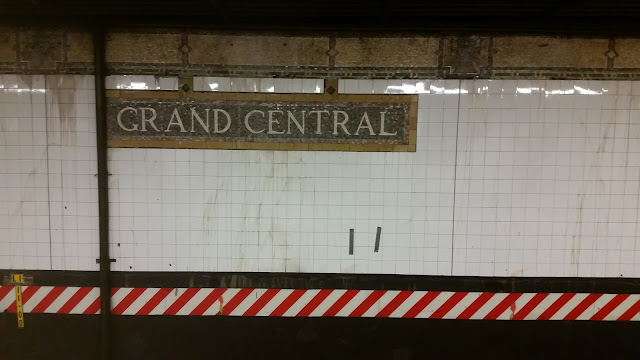 I went into Grand Central Station, it truly is grand,
and I walked to Times Square. Times Square was fun at first
but then as I walked further in, it got really really crowded.

I felt trapped in the press of people
and that quickly became not fun. 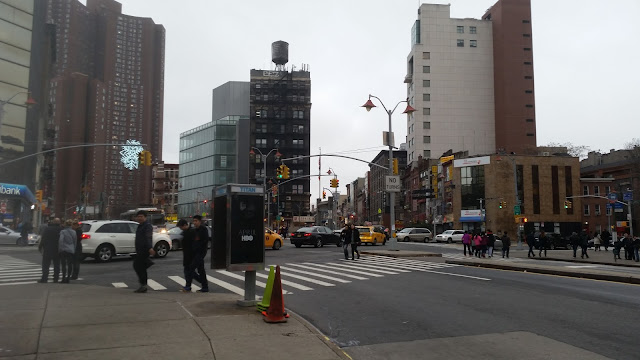 So I walked down the first subway entrance I saw
and hopped on the first train.

I went a few stops and hopped off into an oasis of peace and quiet. 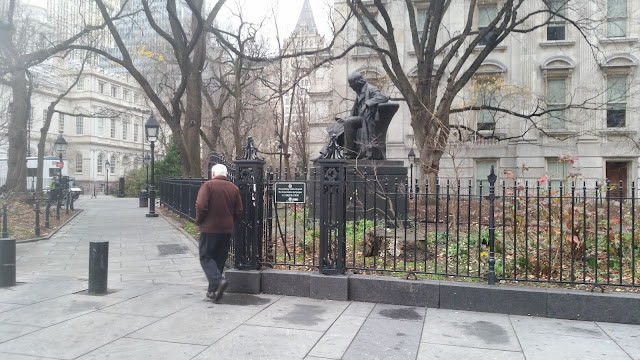 I sat down and ate my sandwiches and my (very squashed) banana,
and I felt a lot better. I found a Starbucks for a cold drink
and a toilet stop; and all was right in my world again. 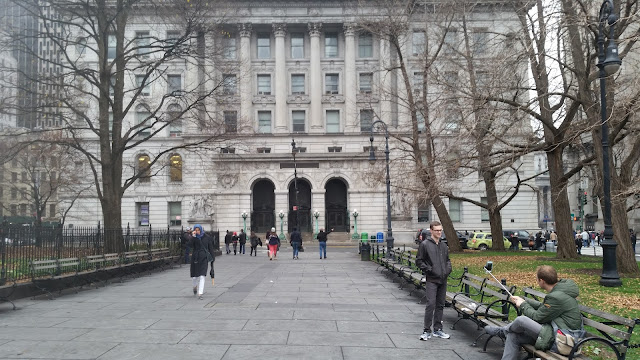 I wandered about looking at some truly majestic buildings.
They really were amazing.

Before I came to New York I was a bit worried
that all the noise would remind me too much of the chaos of the earthquakes
in Christchurch. But actually the sirens are quite different here
and I just tell myself over and over that they don't have earthquakes. 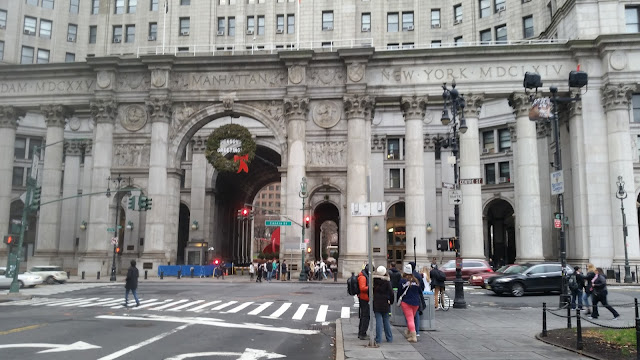 Today was the first time that I was really scared,
and it was only because I was trapped in the crowd.

There was a lot of security too,
there must have been some incident on the Subway
and it was crawling with police. 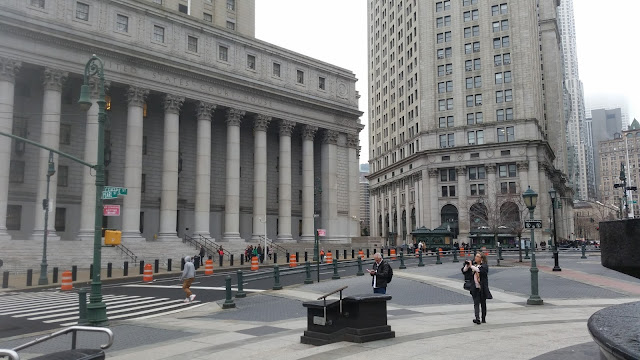 There was even soldiers in Grand Central Station.
Weirdly all this very visible security
actually makes me feel less safe. 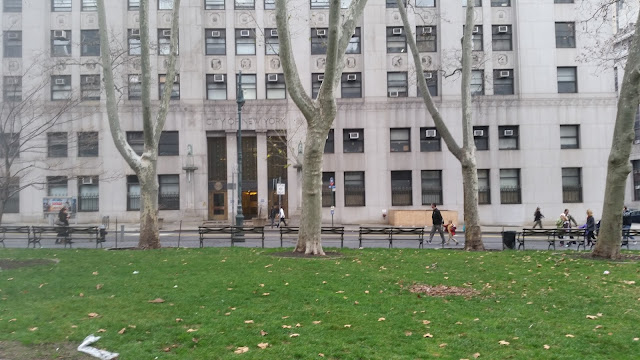 All in all, I'm doing really well here all by myself.
I'm glad I can manage the Subway, I'll be able to explore further afield.