A coffee cup and an idea and a new beginning 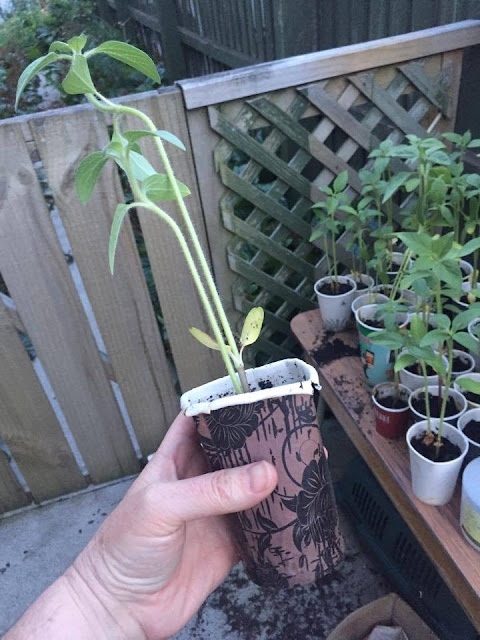 Sometimes good things start in really unexpected ways. A few months ago Aliesha at the Exchange gave me my long black in a cup with an extra cup so it wasn't so hot. She suggested I could bring it back next time for a coffee. I fully intended to, but it fell to the back of the car and kinda got squashed. I felt really guilty because I promised Aliesha that I would bring it back, so I tried to think what I could do with it.

Anyway I had an idea, and I suggested to Annie that we sow a sunflower in the coffee cup. Turned out we had a couple of packets of sunflower seeds, so we collected up coffee cups, and frozen coke cups and noodle cups. We brought a heavy bag of potting mix. We collected other people's coffee cups. Lots of them. And then Annie filled them with potting mix and pushed the seeds in. 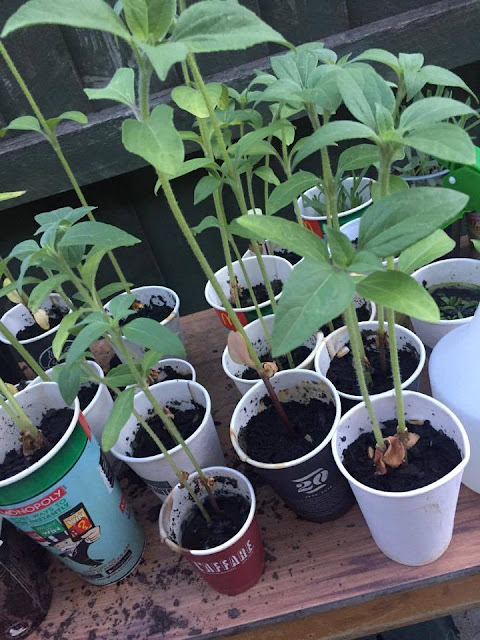 It's kinda got addictive. People keep giving me coffee cups and we keep on filling them. We have pumpkins and gypsophila now. Oh and some nasturtium seeds that Jerome gave me. They look so good and are growing so well. Such a simple thing from something so tiny. 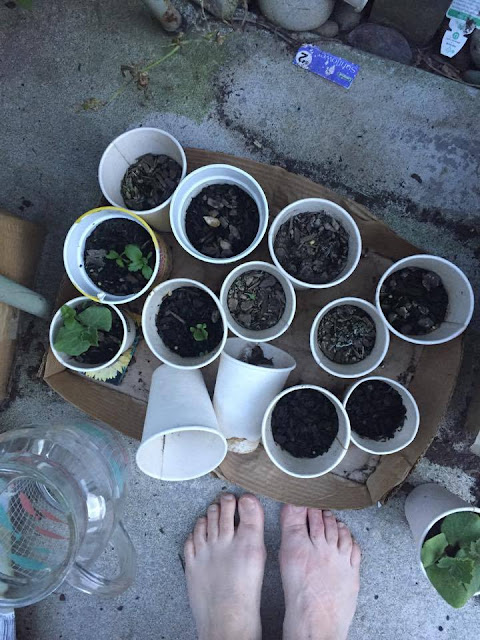 Another thing that is growing slowly in my life is a new relationship. I have been so honest along this journey, that I decided to be honest with this too. I've written about this topic already here and here and here.

Anyway a few months ago I met a nice guy and we have been quietly getting to know each other for a while now. Letting someone into your life when you are older and have a ton of responsibilities is really scary. You worry about whether you are good enough for the other person or do you have too much baggage. But you also worry about whether you have enough of a foundation to build some kind of future together and how you even begin to do this having failed so spectacularly in the past. 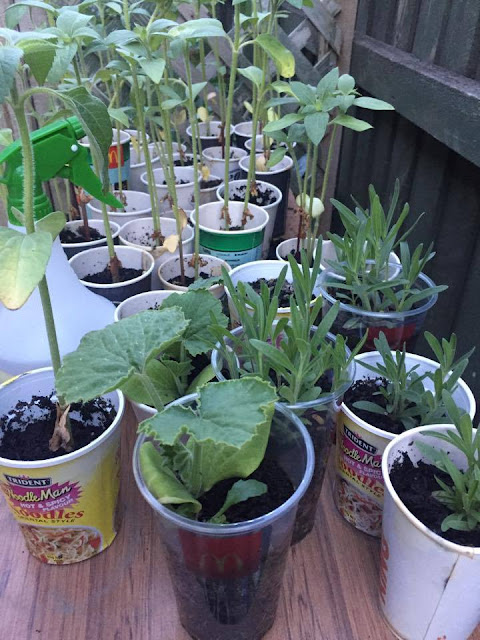 Right now we are just learning about each other slowly. I'd like to think that it will work out for us, but even if it doesn't I believe that I have made a good friend with a kind, funny man who I love to hang out with and is lovely with my kiddies. Isn't that the best way to start a relationship? I believe it is, and just like our tiny seeds, we will water it with time and patience and dare I say it, love; and who knows what the future will bring.

Posted by Deb Robertson Writes at 12:44 AM