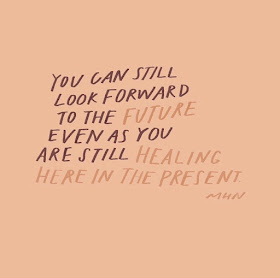 Adam was everything I thought I wanted in a guy, but he was busy and there was something about him that I knew he was hiding. My guess was that maybe he still lived on the property of his ex wife. Sometimes that happens. I fully believed what he said, because I could often verify it. Anyway I knew he was not being completely honest but I didn't know what about and I didn't pry much because I wasn't ready for a full on relationship anyway. I always knew that he wasn't a forever guy, in that he was never going to change from his workaholic ways, but I loved him and he loved me and I decided to worry about the details later.

But then one day I got a phone call from his wife, the one he told me he was divorced from for four years. Lets just say that didn't go well. I also heard from his son (he was actually nice) who explained that not only was Adam not called Adam, he had a wife and a girl friend and maybe some other women as well on the side. I heard from his daughter, she was not nice, I hung up on her. I don't think I'm the baddie in this story.

I've spoken to his girlfriend (let's call her Sarah) several times and I really like her. She's a lovely person and she sounds just like me. In an other life, we would be friends.

Let's just say that these revelations were an absolute shock to me. It was far beyond the scope of anything I could possibly have imagined. It was devastating. Of course Adam Watson wasn't his real name. Even that was a lie. His lies were so many and so detailed, I don't know how he kept track of them. He's one smart guy, shame he uses it to manipulate vulnerable women.

But Sarah told me that maybe he was there for me for that time and to take the good. And that really resonated with me. Adam was so encouraging to me. His good morning texts made me feel visible to someone in a time when I felt invisible in big part of my life. His faith in me, helped me to make the decision to do my masters. It wasn't all bad. It was lonely and frustrating but his absence made me do all the hard things myself and made me stronger.

After his wife rang (she confronted him too) I never spoke to him again. I prayed that I would never run into him because I could not face it. Until two nights ago when an unknown number texted me and it was him. I could not believe it. He said he was sorry, he always knows the right things to say; it's what he does. I got to say all the things I needed to say. And then say good bye. And then I blocked him. And then I texted Sarah.

I woke up the next morning and felt so much relief. Relief that I didn't get sucked into his lies again (it could have been so easy). Relief that I was able to tell him how much he hurt me. Relief that I've moved on and don't need that anymore.

I'm dating again. I've met the loveliest guy and we have been out for dinner a few times and to the movies. We actually get to do things together. I can ring him and he's not too busy to answer. He's what I didn't know I was looking for. I have hope, I refuse to not have hope. I'm so scared but I'm not going to let Adam win. I'm learning to trust again.

What doesn't kill us makes us stronger right?