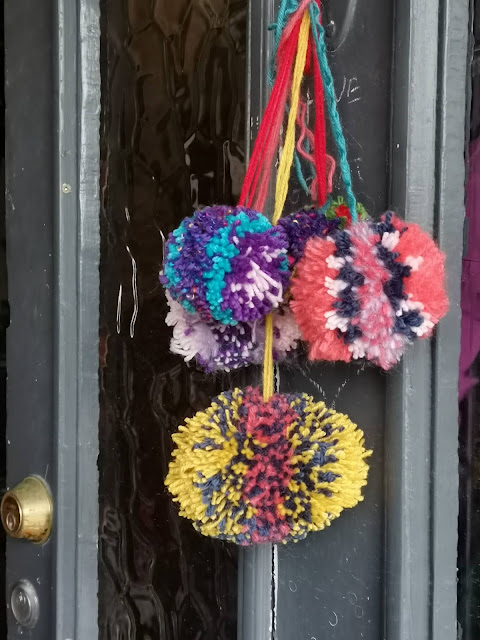 When I was a child I remember making a pom pom. In my memory it took months and months to carefully thread the wool round and round the cardboard circle, poking the wool through the centre over and over. But it was like magic when mum cut down the centre and suddenly it was a fluffy pom pom. 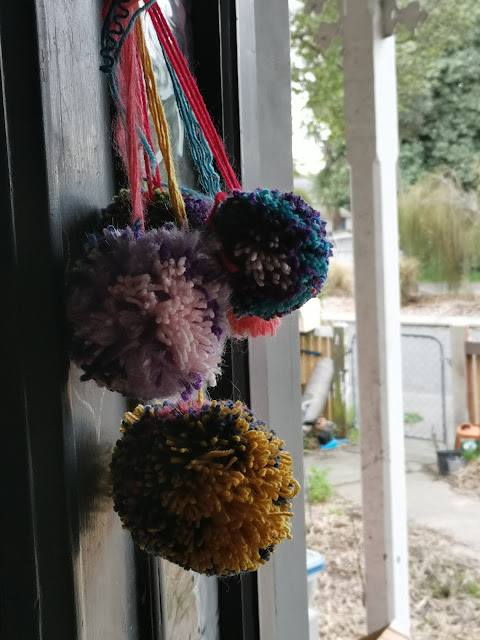 My mum isn't really into being crafty, although she's a fantastic knitter. But I'm thankful that she made the time to teach my tiny self a few things. There was a cardboard with a seahorse punched in that I "sewed" around. The pom poms, lots of scrap books and lots of playdough. I can remember mum hammering nails into a cotton reel and teaching me how to do what we called french knitting through the centre of the cotton reel. I can't remember every doing anything with it, but I've always been more about the process than the finished product! 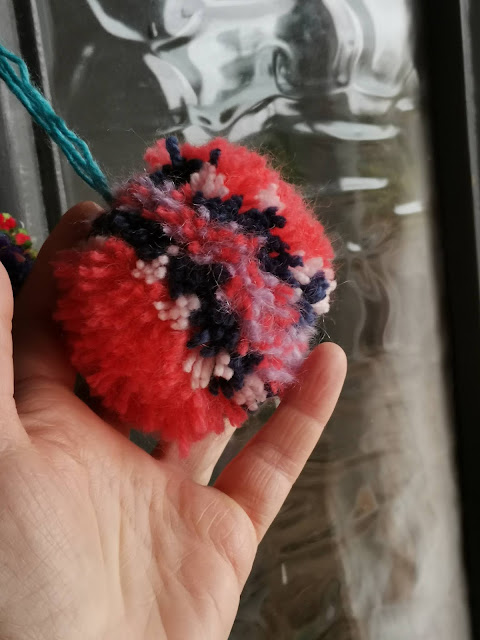 I'd been thinking about making a pom pom for a while. Annie has a half done one lying around somewhere and I had a bunch of little pieces of wool left over from doll cardigans. Last night I used the cardboard box from a packet of disposable face masks (very 2021) and sat down with a basket of wool and a safety pin and made a pom pom. 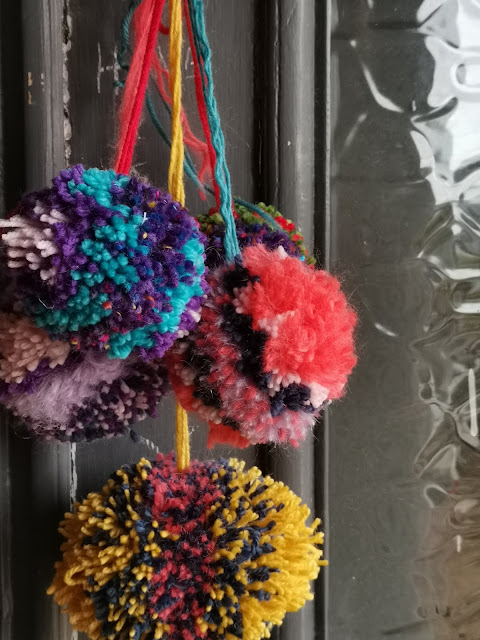 I was amazed at how much fun it was, and also that I could make five in one evening! These are so random, made from all sorts of odds and ends. I don't know what I'll do with them, maybe a garland; or maybe I'll just hang the on the wall and admire them.
I heartily recommend spending some time on the sofa with some scraps of wool and turning them into a little ball off fluffy goodness.
Posted by Deb Robertson Writes at 3:03 PM